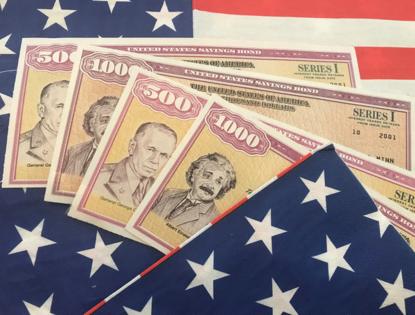 As the cost of bacon and other goods sizzles, more people want to protect their savings from getting burnt to a crisp by inflation.

One simple move, which I wrote about this past summer as well, involves setting aside some money in inflation-protected savings bonds, known as I Bonds.

You're likely going to hear even more about I Bonds come November when some startling new rates are expected to be announced.

But it's not a bad idea to try to pick up some I Bonds by Oct. 28 to lock in some already solid rates — and set yourself up for an estimated 5.3% rate for a 12-month period. Here's how you'd do it.

First, you need to realize that I Bonds issued this year from May through October now offer an annualized rate of 3.54%, good for six months, thanks to an uptick in inflation. This is a variable rate that will go up or down over time, and likely change every six months after the issue date of the bond.

The I Bonds issued this year from May through October have a fixed rate of 0% and then a variable adjusted rate for the next six months after buying the I Bond.

On Nov. 1, the Treasury will announce the next rate for I Bonds and that's expected to be around an annualized rate of 7.12% for a six month period, according to savings bond guru Dan Pederson.

That's an approximate total return of very attractive 5.33% for the year, experts said. To get to that number, you'd take half of the annualized 3.54% for the six months and half of annualized 7.12% for six months.