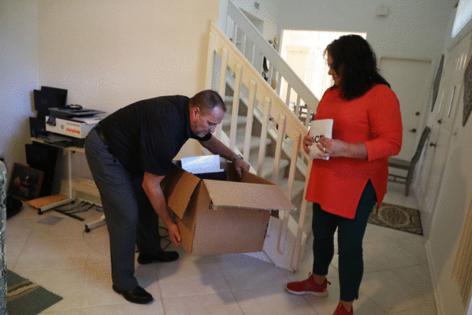 Wages aren’t keeping up with soaring rents in South Florida, and that’s forcing many renters to make sacrifices and difficult choices between basic necessities and paying their landlords.

While rents in the region have surged an average of 22% higher than last year, income has only risen between 8% and 10%, according to ATTOM Data, a provider of nationwide property data.

“This is not sustainable as renters paying in excess of 50% of their income on housing costs have very little quality-of-life,” said Dr. Ned Murray, associate director with the Jorge M. Perez Metropolitan Center at Florida International University.

It’s forcing South Florida renters to make tough decisions from getting rid of a car to dipping into rainy-day funds to make ends meet. Even worse, some are finding themselves priced out onto the streets.

Here are some of the sacrifices South Floridians have had to make:

A choice between her car and her apartment

Coleen Salzer, a crime-scene investigator living in West Palm Beach, had to sell her car in the start of the year in order to afford rent on a house she’s been renting with a roommate for the past three years.

“When it came down to having to deal with car payments, car insurance and rental payments, I couldn’t do it,” said Salzer, 50. She uses a take-home car provided by her employer to get to and from work.

Despite getting fair raises at her job, they haven’t kept up with rising rents in the area. She said that’s made it nearly impossible to afford a place to live on her own. Most apartments complexes are asking steep prices for apartments that are smaller and offer few basic amenities, she said.