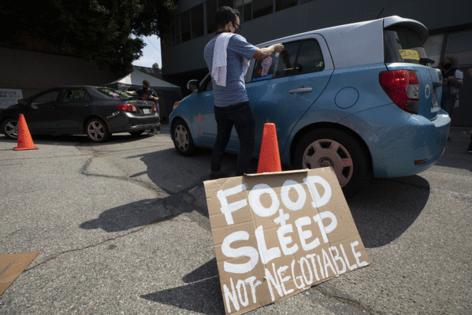 After the union representing Hollywood crews finally reached a deal on a new contract last week, International Alliance of Theatrical Stage Employees President Matthew Loeb proclaimed it "a Hollywood ending" and a sign that "our members stood firm."

The tentative three-year contract on behalf of 40,000 film and TV workers who belong to IATSE averted what would have been a devastating nationwide strike and the first in the union's 128-year history.

"This is the best contract since 1996," said cinematographer and former Local 600 President Steven Poster, referring to when the camera locals merged. "We got everything we asked for."

Other union members, however, were less than enthusiastic, and even accused their leaders of capitulating to the powerful Hollywood studios.

An Instagram page that over the summer became a forum for crews' struggles and helped drive a groundswell of support for a historic strike authorization vote was flooded with complaints among frustrated workers when the deal was announced last Saturday.

"They were patting themselves on the back without even talking to us first," said Kathleen McAuley, a Los Angeles-based film and TV editor member of Local 700 who intends to vote against the contract. "We just held a huge hand. And we just basically folded."

The sharply differing points of view offer a window into the changing dynamics inside the union that represents camera operators, makeup artist, set decorators, editors, grips and others who work in "below-the-line" Hollywood.

Crew members and labor experts say the fissures reflect a widening divide between younger activist workers, who aren't shy about making their demands public on social media, and veteran union leaders who have traditionally avoided confrontations with studios — and kept dissidents in line.

"What we're seeing now is a division between the leadership of the union and rank-and-file members," said Steve Ross, a history professor at the University of Southern California who specializes in Hollywood labor unions. "From the leadership's point of view they seem to have a sweet deal here. ... But for the workers ... people are exhausted. What they're saying is it's no longer just about money."

This week, IATSE has been parceling out details of the proposed contract and holding meetings with members to answer questions and explain the highlights.