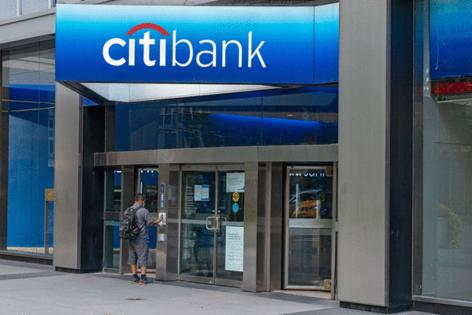 Citigroup Inc. became the first Wall Street bank to agree to do a deep dive into its business to see if, and how, it contributes to racial discrimination.

The audit will be conducted by attorneys at Covington & Burling LLP, Citigroup said Friday on its website. The bank said the audit will focus on its 2020 commitment to dedicate $1 billion toward initiatives it hoped would help close the persistent racial wealth gap in the U.S., where the average net worth of a white family is nearly ten times higher than that of a Black family.

While Citigroup’s plan follows a similar move from BlackRock Inc. earlier this year, it breaks with its banking peers that have said racial audits are unnecessary after lenders introduced several initiatives in the past year such as investing in Black entrepreneurs and expanding credit. Calls for racial audits emerged following the racial injustice protests that swept across the U.S. last year and President Joe Biden’s signing of an executive order to advance equality.

Citigroup investors pressed the bank during its annual shareholder meeting to conduct an audit. The lender had even gone as far as asking regulators to block the resolution; its appeal was denied. Executives then urged shareholders to vote against the proposal, arguing the firm had already enacted measures to address racial inequities, including the wealth gap. While the proposal ultimately failed, it did garner approval from about one third of shareholders.

The audits are conducted by third-party groups, which analyze companies’ business models — from policies to products and services — to determine whether they cause, reinforce or perpetuate discrimination.

BlackRock said it will perform its audit next year. Airbnb Inc. and Facebook Inc. have conducted such audits in recent years. Starbucks Corp. had also hired Covington & Burling to do its audit.

SOC Investment Group, previously called CtW Investment Group, had filed the resolution to Citigroup, saying that the lender has a “conflicted history” addressing racial injustice. In 2019, the Treasury department’s Office of the Comptroller of Currency assessed a $25 million fine against the bank for failing to offer all eligible customers mortgage discounts and credits, which adversely impacted people of color.

“By agreeing to a third-party racial equity audit, Citi is taking a critical step toward confronting centuries-old harms against marginalized communities that are still present to this day,” Dieter Waizenegger, executive director of SOC, said in the post. “We look forward to partnering with Citi to address these concerns to pave the way for a financial industry that understands entrenched racial inequity, changes the way it conducts business, and invests in the communities it serves to close the racial wealth gap.”

Citigroup has also been vocal about its desire to increase Black representation among its management ranks. The bank has said it hopes to boost the number of Black employees in the assistant vice president to managing director levels to 8% in the U.S. by the end of the year, up from 6% in 2018.

Overall, Black employees made up roughly 10% of Citigroup’s U.S. workforce in 2020. They make up about 7.6% of the top three ranks within the company, according to data compiled for regulators.