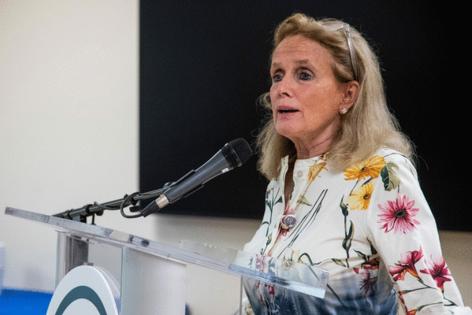 In a letter led by Michigan Reps. Debbie Dingell, D-Mich., and Fred Upton, R-Mich., members told House Speaker Nancy Pelosi and Minority Leader Kevin McCarthy that there is an "urgent need" for lawmakers to pass $52 billion in funding for semiconductor chips, including $2 billion set aside for chips that would be used in autos.

The legislation passed the Senate in June and has been sitting idle in the House for months, while a global shortage of semiconductor chips is expected to cost the industry 7.7 million vehicles in lost production and $210 billion in revenue this year, according to consulting firm AlixPartners.

"The ongoing semiconductor shortage is hurting the automotive industry, American workers, and our nation's competitiveness by the hour," the lawmakers wrote.

"While you have already heard from many members on the critical need to address this ongoing supply chain crisis, we are sending this letter to reinforce the dire consequences the automotive industry as a whole — and the nation — faces if we fail to advance legislation soon that would fully fund the CHIPS Act and provide the necessary support for the industry at the same time."

The lawmakers' letter comes as chip manufacturers, including Intel, IBM, Qualcomm, GlobalFoundries and their advocacy group, the Semiconductor Industry Association, are meeting virtually with the offices of more than 100 lawmakers this week to push for investments in the industry.

"Leaders in Washington from across the political spectrum agree it's a national priority to boost domestic chip production and innovation. Funding the CHIPS Act and enacting a semiconductor investment tax credit would turbocharge U.S. leadership in essential, chip-enabled technologies, while also fortifying America's economy and national security," said SIA CEO John Neuffer in a statement.

"We continue to urge Congress and the Administration to prioritize getting these critical initiatives across the finish line in the weeks ahead."