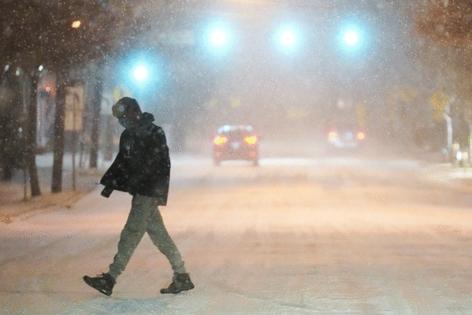 Operators of power plants and transmission lines that are part of the Texas electric grid have until Dec. 1 to make their "best efforts" to fix known problems that led to failures during last February's deadly freeze and to implement decade-old winterization recommendations that state regulators largely disregarded until this year.

That's the crux of new rules approved Thursday by the Texas Public Utility Commission — rules that the agency says will boost the grid's resiliency heading into winter, which starts in about eight weeks.

Under the rules, electric companies will be required to document that they have taken certain winterization measures — but they won't be penalized if they suffer weather-related failures or outages.

Still, members of the utility commission called the new rules a step toward greater oversight, because Texas previously had no winterization requirements. They also said "more robust and year-round preparation standards" are being developed — in conjunction with a comprehensive state weather study — although those standards won't be in place anytime soon.

The rules approved Thursday are "operational standards to be ready for this winter," said Peter Lake, chairman of the utility commission. They'll ensure that "the physical resiliency of our grid is vastly improved this winter over last winter."

But not everyone sees it that way.

"Really, at the end of the day, it just feels like they are telling operators — 'Go out and do your best,'" said Adrian Shelley with the watchdog group Public Citizen. "You would hope that (plant operators and distribution companies) were already doing their best."

Meanwhile, there's a large potential hole in the effort to get the state's power grid ready for this winter that is beyond the Public Utility Commission's purview.

The Texas Railroad Commission, which regulates the natural gas industry, has yet to put in place any new winterization mandates for wellheads and pipelines, and it also is considering enacting a rule that would allow their operators to opt out of having them designated as "critical infrastructure" within the electricity supply chain that must winterize — simply by paying a $150 application fee.

The railroad commission is taking public comment on its proposed critical-infrastructure rule until Nov. 1, with final adoption expected by Dec. 1. But a committee of state lawmakers recently excoriated the agency for it, so the rule's fate appears to be up in the air.