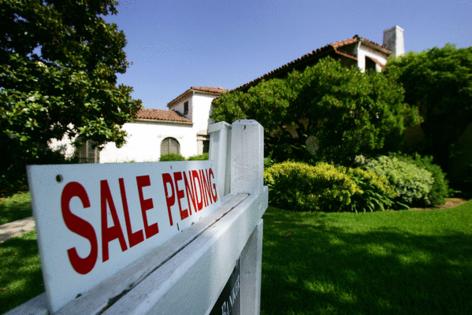 The region's six-county median sales price — the point at which half the homes sold for more and half for less — climbed 1.3% from August to $688,500 in September, according to data released Wednesday from real estate firm DQNews.

Although that's a record number and up 12.9% from a year earlier, the annual price appreciation was the smallest since January. The number of homes sold was essentially flat, rising just 0.6% from September 2020.

Heath Clendenning, an L.A.-area agent at Highland Premiere Real Estate, said that though the market isn't quite as hot as earlier this year, it's still decidedly a seller's market and multiple offers are common.

"People were buying homes sight unseen," he said. "People are at least seeing the homes now for the most part."

The white-hot market of spring and early summer stemmed from rock-bottom mortgage rates and a desire for more space during the pandemic, as well as millennials who are increasingly looking to buy their first homes.

But lately, some buyers have put off their home searches, burnt out after constantly ending up on the losing end of bidding wars, according to agents. Economists have also been anticipating lower price appreciation, because incomes haven't risen enough to continue to support price increases at the 20% levels seen earlier this year.

The slight rise in home sales last month was also the lowest figure since sales fell in June 2020.

In some corners of the Southland, sales fell compared with a year earlier, though prices rose in all counties.