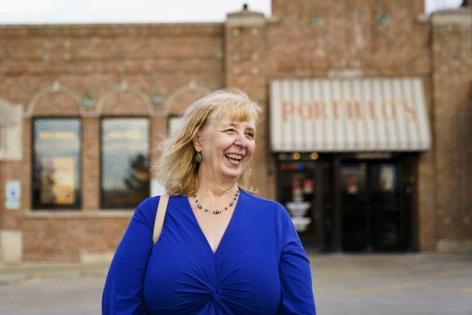 The Oak Brook, Illinois-based fast casual chain offered nearly 20.3 million shares of its stock at $20 per share — a little less than the cost of three Italian beef sandwiches, Portillo’s said in a news release Wednesday evening.

Shares will trade on the Nasdaq Global Select Market under the symbol PTLO, the company said.

Portillo’s announced plans to go public earlier this summer and said it believes it could eventually grow from 67 restaurants to more than 600 over the next 25 years, according to a filing with the U.S. Securities and Exchange Commission.

It also touted its “passionate (some might say obsessed)” customer base in those documents, which included a selection of their tweets about the brand, including “I’m gonna baptize my first born child in Portillo’s melted cheese.”

The beloved chain ships food to customers in all 50 states and recently began putting its brand on a wide range of new merchandise, including Portillo’s-themed swimsuits, pool floats and a “G is for Giardiniera” alphabet book.

Couples who share a love of its food can book professional engagement photography sessions at its restaurants that come with crew neck sweatshirts reading “I only have fries for you” and “the cake to my shake.” The “Newlywed Spread” late-night wedding catering package includes a cheese sauce fountain for those who prefer its cheese fries to chocolate fondue.

Even Chicago Sky star Candace Parker’s a fan, giving her preferred order at a news conference earlier this year: fish sandwich with cheese, jumbo chili cheese dog with no onions, fries and a cake shake with a slice of chocolate cake to go for later.

Some say they want to purchase shares, not just sandwiches, once they have the option.

“I looked into the prospectus, and there’s good growth … I think it’s a brand that could take off, selling that Chicago taste all over the country,” said Kamil Krawczyk, 35, of suburban Arlington Heights.