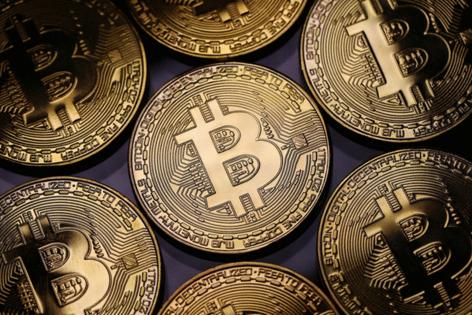 While the historically volatile digital currency spent recent days hovering in a narrow range as it approached its previous April high, the vault past the threshold happened much faster: The price added more than a thousand dollars in a minute just after the open of stock exchanges in the U.S. Big moves tied to significant chart levels have been a common phenomenon in the little more than a decade history of cryptocurrency trading.

“It’s a validating moment,” said Jesse Proudman, co-founder and chief executive at Makara, a crypto advisory firm. “It’s no longer a question of does this asset class continue to exist — I think that’s a really meaningful mark in the history of the broader digital-asset class.”

Demand for the ProShares Bitcoin Strategy ETF continued to surge, with more than 29 million shares changing hands Wednesday, or more than during the fund’s almost record-breaking debut. That’s equal to more than $1.2 billion in volume. The first Bitcoin-linked exchange-traded fund listed in the U.S. launched on Tuesday as the second-most heavily traded fund on record.

Bitcoin has climbed to its latest high atop a tide of pandemic-era liquidity, speculative bets and expectations of wider adoption by institutional investors. The ride was volatile: The token plunged below $30,000 in June amid criticism of its energy consumption and China’s cryptocurrency crackdown. It then began to recover in part as the crypto sector adjusted to China’s broadsides.

Amid all the price hysteria, many quarters of the Wall Street establishment nurse a deep skepticism about Bitcoin’s role in finance. Securities regulators are stepping up their scrutiny of cryptocurrency, with the U.S. government effectively blocking a Bitcoin lending program at Coinbase Global Inc. Critics have also cast doubt on claims the asset’s scarcity makes it a long-term store of value and note its slow uptake as a unit of exchange.

Bitcoin rose as high as $66,976 during New York trading hours, bringing its gain for the year to almost 130%. The largest digital currency by market value gained more than 300% last year and 95% in 2019 after tumbling 73% the previous year.

With turnover of almost $1 billion, the ProShares fund debut Tuesday was behind only a BlackRock carbon fund for a first day of trading, the latter ranking higher due to pre-seed investments, according to Athanasios Psarofagis at Bloomberg Intelligence.

“Clearly, the launch of a Bitcoin futures ETF in the U.S. has sent prices soaring to these levels,” said Leah Wald, chief executive at Valkyrie Investments, which has an application out for a futures-based fund. “Traders and investors perhaps see this is precursor to the holy grail — a spot Bitcoin ETF — and their optimism is pouring into the largest cryptocurrency at a furious pace, with all money FOMOing into the trade from all corners of the market.”

Bitcoin’s biggest proponents back controversial arguments that the virtual currency is a store of wealth and a hedge against the most potent threat from inflation in many years.