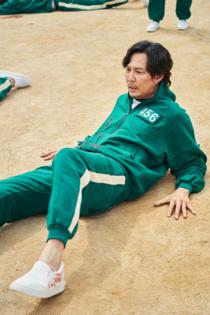 The Korean series, where characters desperate for money enter a deadly competition, was viewed by 142 million households in its first four weeks — the largest series launch in Netflix history, the company said. The program ranked as first in 94 countries, including the U.S.

The streamer’s revenue rose 16% to $7.48 billion in the third quarter, compared to a year ago. Net income was $1.45 billion, up from $790 million a year ago, and easily surpassed analyst estimates.

The growth is a testament to Netflix’s strategy to expand its investment in foreign language titles and local stories abroad. Last year, the company promoted Bela Bajaria to head of global TV and the company has greenlit such titles as French series “Lupin” and German drama “Barbarians” that have resonated globally among its 214 million subscribers.

“Squid Game” was released on Sept. 17. Other popular titles in the quarter included season 5 of the crime drama “La Casa de Papel,” seen by 69 million households; and season 3 of comedy “Sex Education,” which was viewed by 55 million households in the first four weeks, Netflix said.

“‘Squid Game’ is representative of what we see is years of execution on a very well planned strategy,” said Michael Morris, a senior managing director at Guggenheim Partners.

Some foreign language shows can cost less than U.S. programs. For example, Squid Game cost Netflix $21.4 million, compared to $24.1 million Netflix had paid stand-up comic Dave Chappelle for his special, “The Closer,” according to Bloomberg. “The Closer”, which was released Oct. 5, was viewed by a much smaller audience pool of at least 10 million people, Bloomberg reported last week.

Netflix has received substantial backlash from controversial remarks Chappelle said in his special about trans people, which some believe could cause further violence toward the trans community. Some talent, including Australian comedian Hannah Gadsby, have criticized Netflix’s stance on the issue.

Netflix says it does not plan on taking the special down and does not believe it incites violence. Some have praised the company for standing by the creative vision of its talent, while other people have slammed the streamer for not standing with its concerned trans employees.