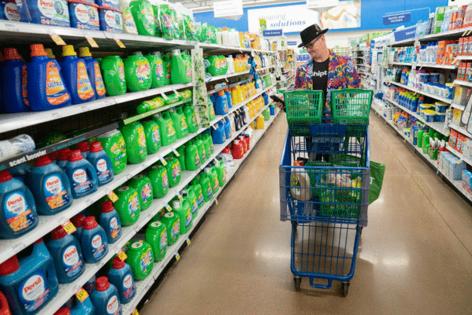 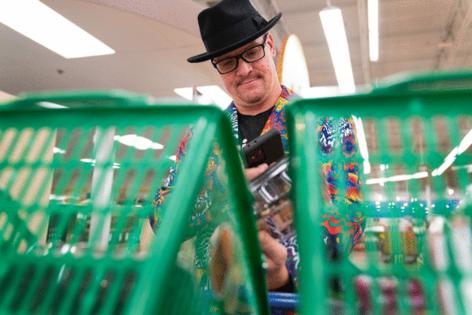 The service, offered by companies such as Shipt, Instacart and some grocery stores, was invaluable to many who used it, allowing people to stay out of stores as COVID-19 spread throughout the country.

But it was also lucrative to the personal shoppers who shopped, including one western Michigan man.

Meet Robert "RJ" Woldhuis of Fenwick, Michigan, who worked as a Shipt shopper and made it pay off, earning him six figures.

Woldhuis said he earned $100,280 in 2020 working as a Shipt shopper. His earnings, mainly shopping for groceries, were a combination of tips and what Shipt pays per order, which can vary.

The 2020 earnings even garnered Woldhuis a spot on Parade magazine's "What People Earn" annual report featured in early September.

Woldhuis became a Shipt shopper when he was looking to pick up some extra money. That was in 2017, around the time Shipt, now a wholly owned subsidiary of Target Corp., entered the Michigan market, launching in Grand Rapids.

Woldhuis, 45, grew up in Grand Rapids. In his mid-20s, he moved out west, living in Las Vegas. He returned to Michigan in 2015 and worked various jobs before the Shipt gig.

"I found Shipt and worked at it part time," he said. "It fit well into my life at that point."

He credits his Shipt success on providing the best service and being a good communicator.

Transcom Worldwide will hire 450 people with the possibility of growing to 1,000 workers and will locate in a ...Read More