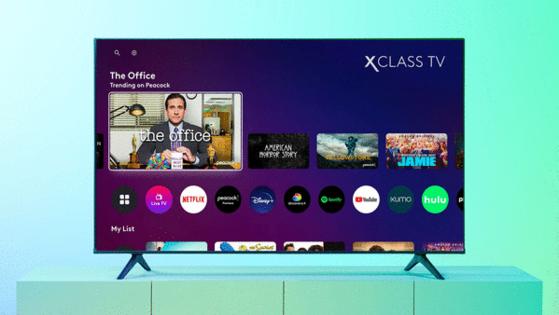 Comcast launched XClass TV, a 4K Ultra High Definition television that will be sold in some Walmart stores starting this week and Walmart.com weeks later. It's the first time U.S. consumers can access Comcast's entertainment offerings without being in the Philadelphia cable giant's service footprint.

The smart TV, made in partnership with Chinese electronics maker Hisense, is the latest internet-connected device from Comcast that could appeal to so-called cord-cutters, who watch movies and shows through an array of apps instead of traditional pay-TV plans. The company recently launched a smart TV in Europe through Sky, its U.K.-based TV provider, and released XiOne, its first global streaming box.

"We're thrilled to bring our award-winning entertainment experience to smart TVs nationwide and for the first time offer consumers inside and outside our service areas a simple way to navigate their live and on-demand content, whether streaming or cable," Sam Schwartz, Comcast's chief business development officer, said in a statement.

The Hisense XClass TV, which runs on Comcast's operating system, comes with hundreds of streaming apps, such as Netflix, Hulu, and HBO Max. It also includes a free one-year subscription to Comcast's own streaming service, Peacock Premium.

The device uses the same technology platform that powers the company's cable and streaming boxes, letting consumers access streaming apps, cable subscriptions, and other entertainment in one place. Users can search for content by clicking or speaking into a voice remote. The smart TVs are available in two sizes: 43 inches and 50 inches. Walmart.com listed the price for the larger TV at $348.

"This is a clear move by Comcast to position itself in the connected device market as they leverage their best-in-class tech stack," said Geetha Ranganathan, a Bloomberg analyst. She noted Comcast already challenged market leaders Roku and Amazon when it released its Flex-branded streaming box a couple years ago.

"But that somewhat limited them to be within their footprint given that it was tied to Xfinity broadband," Ranganathan added. "With a smart TV, Comcast is not constrained by regional boundaries and can have a truly national offering. I view this as another way to turbocharge their digital ad business as well."

Comcast continues to sign up hundreds of thousands of internet customers per quarter while bleeding pay-TV subscribers. From January through June of this year, the company's cable unit added 814,000 broadband customers while losing 889,000 video subscribers. Overall profits at the firm were up 25% during the second quarter, to $3.7 billion.