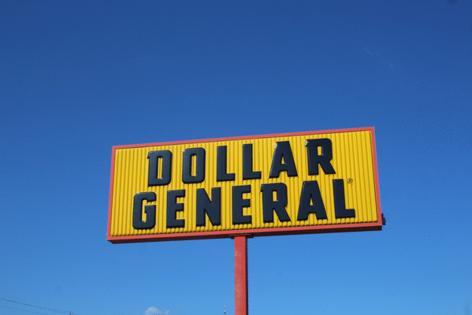 Angry about wages, paid time off and other issues, the store’s nonmanagement workforce — down from six a week ago when one worker says he was fired — are among the first to seek a union at Dollar General, a 46-state chain of nearly 17,700 stores that boosted sales and profit during the pandemic.

“We’re all scared of losing our jobs,” said Shellie Person, an assistant manager who began as a part-time sales associate a year and a half ago. “They’re taking us one by one in a room to tell us how bad the union is. They’re harassing us.”

Dollar General Corp., based in Goodlettsville, Tennessee, said in an emailed statement it’s providing “accurate, factual information” about unions and its perspective on why organized labor is not in the best interests of its employees.

“Regardless of the outcome of this petition, we will continue to strive to provide a work environment that is built on trust, respect and opportunity for all employees,” the company said.

Workers last month contacted the United Food and Commercial Workers Union Local 371 in Westport. With such a small workforce that would be represented, the union made quick work of winning support in two days and getting an election scheduled by the National Labor Relations Board.

Pay remains stuck at Connecticut’s minimum wage of $13 an hour with no holiday pay or bonuses, Person said. Other issues involve accusations of a mishandled sexual harassment case, ignored complaints about managers and the employee dismissal that co-workers say was due to his union support, she said.

In an email, Dollar General responded by saying it disagrees with the “allegations contained in the complaint filed by our former Barkhamsted employee, including the allegation of retaliation.”

Dollar General has faced employee resistance before. Workers at a New Jersey Dollar General tried unsuccessfully in April 2018 to organize a union, and a Maine Dollar General store shut briefly last May when staffers quit to protest their hours and pay.

The Barkhamsted workers are up against a powerful adversary. Dollar General posted $33.7 billion in sales last year, up nearly 22% from the previous year. Profit of $2.7 billion was an increase of 55%. The company, with a market value of nearly $49 billion, said in January when it released its 2020 financial results that consumer behavior driven by COVID-19 “had a significant positive effect” on sales.