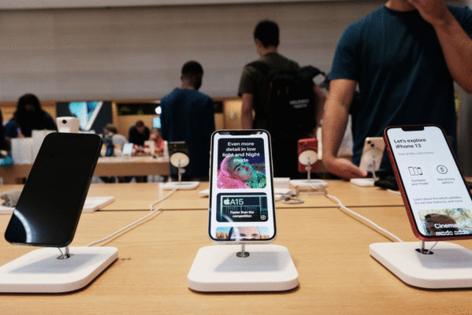 U.S. consumer sentiment fell unexpectedly in early October to the second-lowest level since 2011, as Americans grew more concerned about both current conditions and the economic outlook.

The University of Michigan’s preliminary sentiment index fell to 71.4 from 72.8 in September, data released Friday showed. The figure came in below the median 73.1 in a Bloomberg survey of economists.

Consumers expect inflation to rise 4.8% over the next year, the highest since 2008, the report showed. Buying conditions were seen as less favorable, especially for vehicles.

“When asked to describe in their own words why conditions were unfavorable, net price increases were cited more frequently than any time since inflation peaked at over 10% in 1978-80,” Richard Curtin, director of the survey, said in a statement.

Economists currently expect the inflation rate to average 2.9% in 2022 down from 3.7% in 2021, according to Bloomberg’s latest monthly survey. Those rates are both higher than what economists expected in September.

Rising coronavirus infections due to the delta variant have weakened consumer sentiment in recent months and led economists to downgrade their forecasts for third-quarter growth. At the same time, households continue to spend, despite concerns about higher prices and limited supply of goods.

The gauge of current conditions fell to 77.9, the lowest since April 2020. A measure of future expectations declined to 67.2, according to the survey conducted Sept. 29 to Oct. 13.