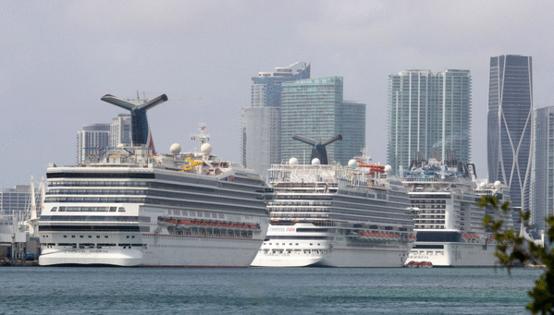 When the pandemic hit in the spring of 2020, there was practically no worse place to be than a cruise ship. Today, as COVID-19 still lingers around the world, cruise industry leaders are making a bold claim: Cruising is not only safe, but it’s safer than other kinds of travel and vacations.

Public health experts consulted by the Miami Herald agreed to some extent, but with caveats.

At the SeaTrade cruise conference last month in Miami Beach, Florida, the industry’s largest gathering, executives promoted their ships as the safest vacation option, based on the fact that they can mandate vaccines and testing, compared with vacations where travelers take airplanes, stay in hotels and dine at restaurants.

“There will be no safer way of traveling once we truly start cruising,” said Emre Sayin, the CEO of Global Ports Holding, the world’s largest cruise port operator. “And that will become an advantage.”

The claim was echoed by many other industry leaders at the conference. Richard Fain, the CEO of Royal Caribbean, said, “Unlike almost any other place you can think of whether it’s restaurants, hotels, entertainment venues ... we control the environment.” Arnold Donald, the CEO of Carnival Corporation, agreed, stating that their safety protocols were “much more rigorous than equivalent or similar land-based activities.”

In an interview with the Miami Herald, Tom McAlpin, the CEO of Virgin Voyages, Richard Branson’s newly launched cruise line, said that their cruises are “safer than a hotel, safer than the grocery store.”

Epidemiologists say there is some truth to the claim: Enclosed environments, including cruises, are largely safe if every passenger and crew member is fully vaccinated. However, they stopped short of declaring it the “safest” travel option.

“It’s not the safest vacation; camping out in the woods would be the safest vacation option,” said Kathleen Sposato, the director of infection prevention at Jackson Health System. “As with everything else these days, there’s a risk/benefit analysis that everyone has to do when making decisions at this stage in the pandemic.”

Sposato also pointed out that when compared to taking an airplane and staying in a hotel, cruising means prolonged exposure to hundreds or thousands of people on a ship, whereas domestic flights are only a matter of hours and hotel guests have far less interaction with one another.

Some experts noted possible exceptions that can put a dent in the cruise industry’s argument, including that children under 12 are still not eligible for the vaccine, the risk of passengers presenting fake vaccine cards and the situation at ports of call.