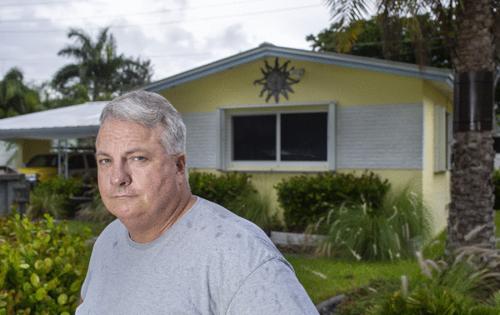 “Hope you are having a wonderful day. By the way, do you own the house at 26840 SW 142nd Ct,” reads a message sent Friday to Wladamiro Romanovski, a Miami resident. “If you do great! Would you like to sell if the price is right?”

Consumers who don’t want to be contacted by real estate companies have little recourse beyond responding with the word “Stop” and hoping the sender complies.

Romanovski, who owns several investment properties in South Florida, says he gets at least seven texts a day asking if he wants to sell. “It’s a big sore spot with me,” he said. He says he blocks numbers, but companies just change the number that shows up on his phone and continue to send him texts.

While putting your name and phone number on the state and national Do Not Call lists makes it illegal for companies to use automated systems to pitch a good or service, texts soliciting sellers are not considered violations, authorities say.

Romanovski is among recipients who have filed 244 complaints through the first nine months of 2021 to the Florida Division of Consumer Services about the unsolicited real estate texts. That’s up from 145 in 2020 and 16 in 2019.

Homeowner Richard Levis says he’s subjected to “nonstop harassment” from text messages asking if he wants to sell his house in Hollywood. “They have your name, they have your address, they put everything about you in the text,” he said.

Jupiter resident Bill LaFlamme has lost count of how many text solicitations he’s received from people begging to buy his property — plus property he has never owned. “If I say hundreds, I wouldn’t be lying,” he said. “I’m just so tired of it. I don’t want to sell my home.”

It’s not just property owners who get the text solicitations. A sampling of 10 recent complaints obtained from the Division of Consumer Services include several from consumers saying that they don’t own a house and don’t understand why they were contacted. Others said they don’t own the properties mentioned in the texts.