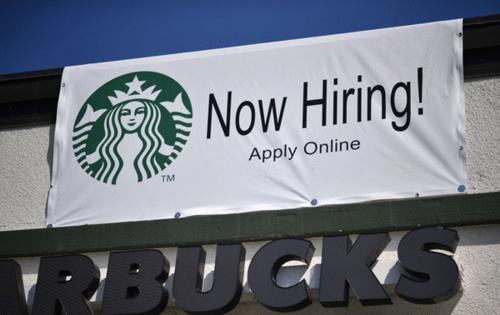 Applications for U.S. state unemployment benefits fell last week to the lowest since March 2020, showing employers are hanging onto their workers in a tight labor market.

Initial unemployment claims in regular state programs totaled 293,000 in the week ended Oct. 9, a decrease of 36,000 from the prior week, Labor Department data showed Thursday. The median estimate in a Bloomberg survey of economists called for a slight decrease to 320,000 applications.

Continuing claims for state benefits dropped to 2.6 million in the week ended Oct. 2.

Claims have marched lower as the economy recovers, boosting demand for labor to keep up with consumers. The latest surge of coronavirus cases hasn’t led to widespread layoffs as firms look to hire more workers and retain those they already have.

Still, September was the slowest month of job growth this year in the U.S. as the end of pandemic unemployment benefits and back-to-school didn’t lead to a sizable increase in hiring. That, along with lingering supply-chain issues, has led several economists to cut their forecasts for third-quarter growth, which is reported later this month.

The dearth of childcare has proved to be a major hurdle as the number of women on payrolls fell last month for the first time since December 2020.

On an unadjusted basis, initial claims actually rose about 16,000 from the prior week. California, Michigan, Missouri and New Mexico posted the largest increases. Tennessee, Texas and Florida were among those with the biggest decreases.

The divergence between adjusted and unadjusted claims in part reflects the turn of the calendar quarter, said Stephen Stanley, chief economist at Amherst Pierpont. The rise in unadjusted claims was smaller than seasonal factors had anticipated.

Federal pandemic unemployment benefits ended by Sept. 6 in all states.