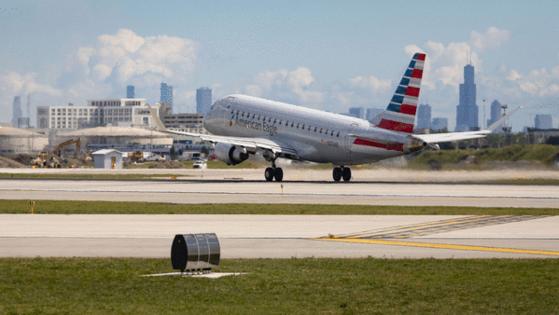 CHICAGO — The modernization of O’Hare International Airport’s runways, designed to reduce delays at the notoriously congested airport, is nearing completion after 16 years and $6 billion worth of work.

Construction to extend the final runway will be largely complete by the end of September, according to the Chicago Department of Aviation. Following additional work and required checks by the Federal Aviation Administration, the runway is expected to be in service in early December.

The completion comes as O’Hare prepares for a dramatic revamp and expansion of the terminals, seen as a key part of efforts to modernize the airport.

When all work is finished, the airport will operate six parallel runways and two diagonal runways.

“With more runways and less delays, O’Hare will be well equipped to successfully handle the rebounding passenger and long-term air travel traffic and well prepared for the future redevelopment of the airport terminals, which we are also extraordinarily excited about,” Chicago Mayor Lori Lightfoot said at an event highlighting the project Thursday. “Second, these investments will catalyze airport-related economic growth within Chicago and the surrounding communities.”

The O’Hare modernization plan was first rolled out by then-Mayor Richard M. Daley nearly 20 years ago. Funding has come from the Federal Aviation Administration, a user fee on departing passengers and airport bonds.

The project has drawn complaints from nearby residents about jet noise. It also once faced opposition from United and American Airlines executives, who attended the event Thursday.

“The O’Hare modernization program is a key component of United’s growth and our ongoing investments in Chicago,” Omar Idris, United’s vice president at O’Hare, said at the Thursday event. “This project is going to make the entire airfield more efficient, with improved runway, terminal and roadway systems. These changes will lead to reduced delays and increased capacity to meet the entire aviation community’s needs.”

Before the runway project, the airport could handle about 100 arrivals per hour, or 60 in bad weather. The new runway configuration should allow about 114 arrivals per hour in good weather — and potentially more, under certain conditions — or 106 in bad weather, Chicago Department of Aviation spokeswoman Christine Carrino said in a statement.

The runway work was intended to increase the airport’s efficiency and capacity for air traffic, Carrino said. Future work will help the airport meet projected demand, including demand for gates, she said.

That includes an $8.5 billion rehabilitation and expansion, slated to be the largest and most expensive terminal revamp in the airport’s history. Set to break ground in coming years, it will include a new global terminal and three new concourses.

The airport is also expanding Terminal 5. The expansion is opening in phases, and the terminal will be fully in use by 2023.

As work is underway to modernize and expand the airport, a key piece of the travel experience has been out of commission: the “People Mover” train that once connected parking lots and terminals remains out of service.

Work to update and expand the Airport Transit System, known as the “People Mover,” has been underway for six years, and the trains have been shut down since January 2019. The system remains closed more than 2½ years after the work was supposed to be substantially complete.

ORLANDO, Florida — At more than 26 inches long and 20-plus pounds, Barnum is the world record holder for the largest recorded pieces of feces ever made by a carnivore, laid by a Tyrannosaurus rex as much as 70 million ...Read More

One of the world's largest trucking companies, XPO Logistics, agreed Tuesday to pay $30 million to settle class-action lawsuits filed by hundreds of drivers who said they earned less than minimum wage delivering goods for ...Read More

Passenger train service across the Midwest could get a huge boost in the coming decades, with multiple new routes and more frequent trains running out of Chicago, under a concept envisioned by the Federal Railroad ...Read More

DETROIT — General Motors Co. said Thursday it's switching to source 100% renewable energy power at all of it U.S. sites by 2025 — five years ahead of its previous target date.