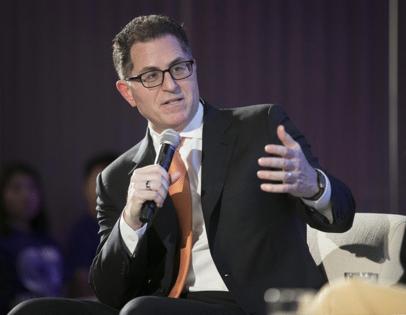 The Round Rock, Texas-based technology giant is working to innovate in a number of areas, including the edge computing market, 5G sector and telecommunications, company executives said Wednesday during the annual Dell Technologies Summit.

"We know that what has worked for us in the past is not necessarily going to be the things that allow us to succeed in the future," CEO and founder Michael Dell said, "so we're actively reinventing the company, once again, for the future."

The summit comes shortly after the release of Michael Dell's book, "Play Nice But Win," which details his life, his company's growth and the ups and downs he experienced along the way.

Michael Dell has remained heavily involved with the company since he founded it in 1984, and has served as CEO for the majority of its history. Dell Technologies has grown into one of the world's largest technology companies and is one of the largest private employers in the Austin metro area, with more than 10,000 workers in Central Texas.

Michael Dell predicted technology will play an every-growing role in addressing a number of key issues, including decarbonization, the circular economy and inclusion and diversity.

"Reflecting on the past 37 years, that's been really fun, really exciting. But I think it's all just the pregame show for what's about to happen for our sector, as technology plays into enhancing and enabling human potential," Dell said.

The company said it is investing in edge computing through a number of products in its infrastructure and PC portfolio.

In very simple terms, edge computing is computing that's done at or near the source of where data is produced. The technology is designed to help organizations more easily and quickly deploy and capture valuable data.