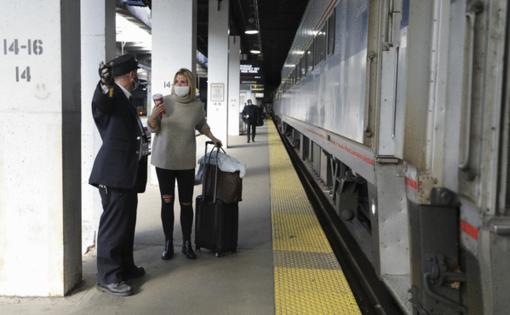 Passenger train service across the Midwest could get a huge boost in the coming decades, with multiple new routes and more frequent trains running out of Chicago, under a concept envisioned by the Federal Railroad Administration.

The concept, unveiled Wednesday, is in early stages and is intended to be a 40-year framework. It also depends on state and federal funding.

But as envisioned, it would include service in at least a dozen new cities including Columbus, Ohio; Fort Wayne, Indiana and Madison, Wisconsin. It calls for a new route from Chicago to the Quad Cities, extending on to Des Moines, Iowa and Omaha, Nebraska. Another new route could connect a train line out of Dallas to Wichita, Kansas, and on to Chicago, said Laura Kliewer, director of the Midwest Interstate Passenger Rail Commission.

The rail commission could also explore service to Canada, most likely between Detroit and Toronto, Kliewer said.

Other cities in the 12-state area studied could get more frequent passenger service.

Chicago would be a major rail hub under the vision, and smaller hubs could be created in Indianapolis, Kansas City and Minneapolis, Kliewer said.

“While America’s interstate highway system and commercial aviation industry are vital and indispensable, rail can and must play a key role in our multimodal transportation system,” said Amit Bose, deputy administrator of the Federal Railroad Administration. “Nowhere is that more evident than Chicago, the nation’s rail hub.”

That concept could have implications for the Chicago area’s existing commuter, freight and Amtrak routes, and for Chicago Union Station, which served more than 3 million Amtrak passengers annually before the COVID-19 pandemic.

Officials would be tasked with boosting passenger service without disrupting existing service, said Peter Schwartz, chief of project engineering and transportation planning at the Federal Railroad Administration. They could also look at reconfiguring Chicago's Union Station and potentially adding tracks, he said.

“There’s no question that there’s a lot more that could be done with the (Union Station) footprint that’s here today,” he said.

The Federal Railroad Administration’s Midwest idea complements an Amtrak vision for expanded service nationwide that the rail service put out in the spring. Amtrak’s idea included 39 possible new routes and improvements to 25 existing routes by 2035, intended to create more frequent and reliable service.

Along with the rail service’s vision, Amtrak CEO William Flynn sent a letter to Congress in late May calling for action including providing “dedicated, predictable and sufficient funding.”

“Intercity passenger rail has been underfunded for decades as federal funding has prioritized highways and aviation despite the clear strengths offered by rail service in certain markets,” Flynn said in the letter. “Amtrak and our state, local and host railroad partners needs increased funding levels and new, more predictable mechanisms, such as an Intercity Passenger Rail Trust Fund, like what virtually every other mode of transportation already enjoys, to fund annual grants and the Federal Railroad Administration’s discretionary grant programs.”