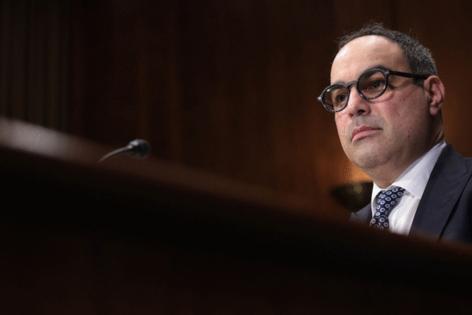 When Joe Biden sought the Democratic nomination for president by appealing to centrist voters who felt rivals such as Sens. Bernie Sanders and Elizabeth Warren were too progressive, one of the lines he declined to cross was endorsing the federal government busting up technology giants like Facebook, Google and Amazon.

At a time when many Democratic lawmakers and progressive advocates were ramping up a populist antitrust campaign against a group of companies they said had grown too powerful with too little oversight, Biden was holding his cards close. Breakups were “premature,” he said, but “something we should take a really hard look at.”

The resulting assumption among antitrust observers was that Biden, if he made it to the White House, might pay lip service to the Big Tech critics to his left while maintaining a largely moderate policy posture toward the industry.

But nearly nine months into his administration, Biden has surprised just about everyone, hiring or nominating a trifecta of strident Big Tech critics for top federal antitrust positions — each with a reputation for being a thorn in Silicon Valley’s side.

First, he named Columbia University law professor Tim Wu, an outspoken advocate of breaking up Facebook, as a special adviser on technology and competition policy. Then he picked Lina Khan, author of a Yale Law Journal playbook for breaking up Amazon, for a seat on the Federal Trade Commission — and named her chairwoman after the Senate confirmed her.

Then, in July, he nominated lawyer Jonathan Kanter, who has represented smaller technology companies in lawsuits against Google and Apple, to be assistant attorney general in charge of the Justice Department’s Antitrust Division. Last week, Kanter sailed through questioning by the Senate Judiciary Committee, winning praise from Democrats and Republicans alike.

At the FTC, Khan already has expanded a lawsuit brought by the Trump administration against Facebook. If Kanter is confirmed to be assistant attorney general, he will inherit an antitrust suit against Google. Wu was behind an executive order signed by Biden over the summer that directs various federal agencies to ensure competition in the economic sectors they regulate.

The progressive swing was something no one saw coming, and it has sent shock waves through Silicon Valley, leading industry groups aligned with tech giants to scramble to persuade lawmakers to vote against Kanter, the last piece of Biden’s antitrust puzzle.

“I think a lot of people across the country saw candidate Biden as a centrist moderate,” said Carl Szabo, vice president of NetChoice, a coalition with members including Facebook, Google and Amazon. “And it turns out that he is definitely interested in advancing left-wing and progressive politics at all levels of the government, including at the antitrust level.”