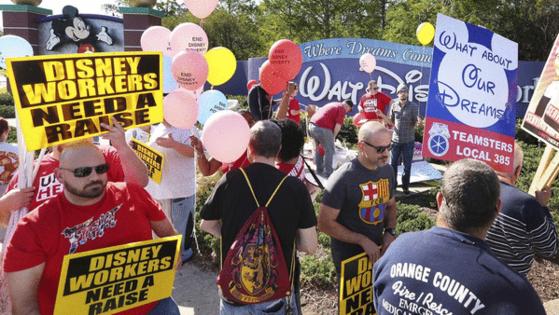 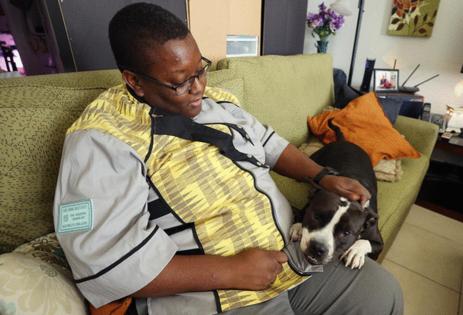 Born and raised in Florida, 36-year-old Diego Henry Jr. grew up going to Walt Disney World. To him, working at the theme parks meant he could bring that same wonder he experienced there to others.

When Henry started working as an attraction host at the Fantasmic! show at Hollywood Studios in December 2013, he made $8.35 an hour, he said. Soon after starting, he and his daughter Zoe were living “paycheck to paycheck, cash advance to cash advance” even though he was working full time, he said.

His credit was “horrible,” and there were weeks when he and Zoe would have to eat instant ramen until the next payday, he said.

Henry was making around $10 an hour in August 2018 when the Service Trades Council Union, a coalition of local unions representing Disney workers, struck a deal with the company to gradually increase wages to $15 an hour by October 2021.

Disney workers reached the full $15 minimum wage Sunday, during the same weekend the resort began celebrating its 50th anniversary. For many employees, the increased income over the past three years has been life-changing: they’ve been able to pay off debt, buy houses and start planning for the future.

“I kind of feel more like myself, or a human being, if you would, because I can do the things that I’ve always wanted to do,” Henry said.

With Disney and Universal now paying employees $15 an hour — and the state minimum wage rising to the same level by 2026 — many workers are experiencing new economic mobility, potentially signaling a positive shift in Central Florida’s low-wage, tourism-dependent economy.

Disney and its unions agreed in 2014 to increase the minimum salary from $8.03 to $10 an hour by 2016. In 2017, the Service Trades Council Union — Disney’s largest — engaged in negotiations for another increase, and in September 2018 union workers approved the most recent contract that raised the minimum to $11 that December and outlined the path to $15.

The Service Trades Council Union represented more than 38,000 workers, more than half of the resort’s then-workforce of nearly 70,000 people. The union’s membership remains the same today, but the resort’s workforce has declined to about 65,000 during the pandemic.