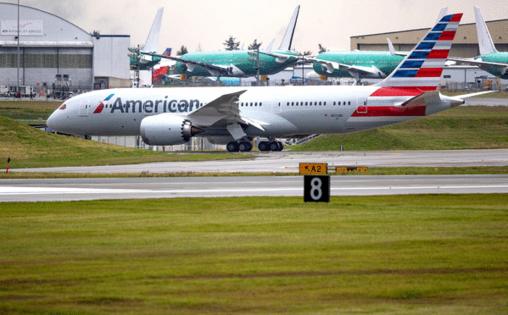 Boeing in September maintained its steady trickle of sales this year as it navigates the aviation downturn, adding 22 net jet orders.

Sales were buoyed not only by a dozen net orders for the 737 Max but also by Boeing's dominance in the booming air freighter market, where it won orders for six large widebody 777F cargo jets.

Military derivative models also added to Boeing's tally. It booked five new orders for 737-based P-8 anti-submarine planes that will go to the German Navy.

However, production in Boeing's factories is still depressed.

Even though Boeing ramped up deliveries of the 737 Max in September, it again delivered zero 787 Dreamliners. That airplane program has been blocked by manufacturing quality problems since May.

Airbus ended last month with 133 net orders for the year compared to 302 for Boeing.

Despite that lag in 2021, Airbus still retains a huge order backlog advantage of nearly 3,000 aircraft built up over more than two years previously.

Positive on the Max

The good news for Boeing is the strength of the air freight market during the pandemic and the steady recovery of the 737 Max program since the 21-month grounding of the jet was lifted in December.

Weeks after a group of port truck drivers voted to unionize, they opened their mailboxes to find termination notices from their employer. That letter was a violation of federal labor law, a judge ruled Tuesday in a ...Read More