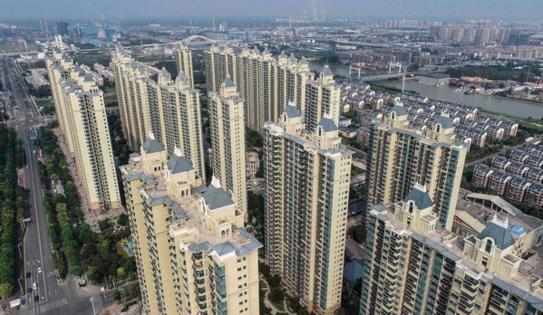 The real estate firm needs to pay some back, and Uncle Sam needs to be able to borrow more. How they meet or miss these obligations may dominate investor attention in the week ahead.

First, China real estate. Evergrande Group is coming up short of its grandiose name. The company practiced the “borrow to build” strategy of real estate development on a grand scale. It owes $350 billion in all, but relatively smaller sums have been worrying global investors, including a $47.5 million bond interest payment due this week. It comes after an $83.5 million mortgage payment due in the past week. The company has 30-days to make good on the IOUs.

The financial teetering of a real estate developer most American investors never heard of before last week helped fuel a sharp one-day stock sell-off. Shareholders were able to shrug off the worries, but not the Chinese government. According to the Wall Street Journal, local governments in China have been told to prepare for the economic and community ripple effects should Evergrande skip its payments and collapse. Chinese leaders are keen on containing any unraveling that may hurt housing prices, damage growing household wealth and cost the Communist country jobs. Markets are on edge for any potential contagion spreading overseas.

Then, in Washington, Congress is running short on time to raise the federal government’s borrowing limit. The Senate is expected to vote in the week ahead on increasing the debt ceiling. That is necessary to keep the government fully open later this fall when it’s credit will be maxed-out without action.

Democrats have a one-vote majority in the senior chamber thanks to the tie-breaking vote of the vice president. Republicans oppose raising the debt limit through the Biden Administration’s infrastructure spending ambitions. The majority party on Capitol Hill probably can still squeak through the increase in time using a parliamentary procedure, but that will come at the cost of rejecting compromise ahead of the 2022 election cycle.

These two debt concerns are separate, but they both can cost investor confidence as the deadlines approach.