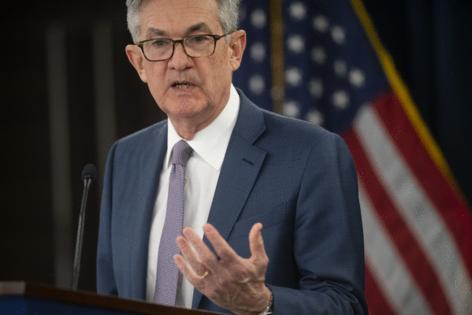 WASHINGTON — Despite a still-menacing pandemic and a cascade of other domestic and international threats to the U.S. economy, Federal Reserve policymakers on Wednesday expressed confidence in the recovery and said they could soon start withdrawing stimulus programs supporting financial markets and the economy.

Fed officials, however, were split in their thinking about when they would start raising interest rates, with about half predicting liftoff next year and the other half in 2023.

The Fed’s decisions were broadly welcome in the business community, with stocks rising after days of losses.

Nonetheless, Fed policies showed the limitations of the central bank’s weapons for attacking the economic problems of less affluent, less well-educated and less highly skilled Americans. And the sagging incomes and COVID-related job losses of that segment of the population remain a major drag on recovery.

Low interest rates, supporting prices of stocks and bonds, and other staples of central bank monetary policy make it cheaper and easier for companies to expand their operations and for start-ups to try new ventures.

That in turn can gradually open the way for new jobs and other opportunities, often for the well-educated and highly skilled segment of the population, much of which has largely avoided the economic damage inflicted by the pandemic.

But monetary policy has proved to have only indirect and slow-acting effect on the less affluent segments of the population, including Black and Latino Americans whose unemployment rates are considerably higher.

“We have famously broad and blunt tools,” said Jerome H. Powell, the Fed’s chairman, speaking at a virtual news conference Wednesday. “I think eliminating inequality and racial discrimination and racial disparities and that kind of thing is really something that fiscal policy and other policies frankly — education policies and that kind of thing — are better at focusing on.”

Fed officials, at the conclusion of their two-day meeting, kept their main interest rate near zero, where it has been since the pandemic hit the U.S. in March 2020.

The Fed had been contemplating plans to start reversing its nontraditional stimulus program — large-scale government bond purchases meant to spur lending and investment. Some officials have wanted a faster withdrawal in response to higher inflation.