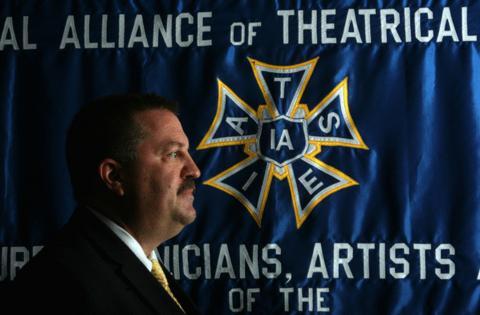 Negotiations have broken down between the International Alliance of Theatrical and Stage Employees (IATSE), which represents almost all primary crew members on major TV and movie sets, and the Alliance of Motion Picture and Television Producers, which represents studios like Netflix, Hulu, Paramount and Disney.

IATSE’s union representatives covering 43,000 workers in Los Angeles and New York are seeking a strike authorization vote among its members Oct. 1. It’s likely the other unions that represent 17,000 workers in other parts of the country will follow suit.

A strike authorization doesn’t mean a strike is going to necessarily happen, but it provides the union leverage and the IATSE president the ability to call a strike if negotiations continue to falter.

Crews have not gone on strike since World War II, but the two sides in recent months were having trouble coming to an agreement in part over work hours.

Some crew members are complaining that many productions are regularly scheduling 14-to-16 hour work days with minimal meal breaks. Studios are resisting shortening the hours, which would increases costs, already inflated due to current COVID-19 protocols.

IATSE is also seeking better wages, residuals from streaming in line with other distribution channels and increased contributions to health and pension plans.

In a statement, the Alliance of Motion Picture and Television Producers said it has offered higher wages and money to cover a deficit in health and pension plans.

“When we began negotiations with the IATSE months ago, we discussed the economic realities and the challenges facing the entertainment industry as we work to recover from the economic fallout from the COVID-19 pandemic,” the producers group said. “In choosing to leave the bargaining table to seek a strike authorization vote, the IATSE leadership walked away from a generous comprehensive package.”

Studios are seeking concessions such as eliminating financial penalties if crews miss meal breaks and upping the number of hours for union members to qualify for health benefits.

Union workers are currently operating without a contract, the last of which expired earlier this month.

The last time a major strike happened in Hollywood was the writers union nearly 14 years ago, which lasted three months. That largely shut down scripted programming. If a strike were to happen this time, nothing requiring any union work would be able to shoot in the United States.