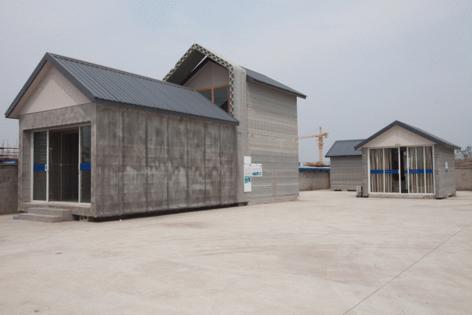 TALLAHASSEE, Fla. — The three-bedroom, two-bath home has a corduroy-patterned exterior, rounded corners — and a cement pour that oozed from an industrial-sized toothpaste tube. And most intriguing of all, it comes from a 3D printer.

When the house is finished around November, Kyndra and James Light, a husband-wife development team, will be asking between $175,000 and $225,000 for the 1,440-square-foot dwelling.

The printed homes are said to be quicker to make, stronger, and resistant to such Florida hazards as mold, hurricanes and flooding. And most crucial of all: They seem poised to offer affordable housing in a state where many have forgotten there can be such a thing.

But to see for yourself, South Floridians will need to saddle up and head for Tallahassee to inspect the house, which the Lights say is the only permitted 3D-printed home in Florida.

We’re all becoming used to hearing about such 3D printed objects as face masks, jewelry, jet engines, construction equipment and even guns. It’s a method of developing a three-dimensional object, layer by layer, through the use of computer-generated designs.

The 3D homebuilding process is similar, but the printer itself looks less like those becoming more common in workplaces, and more like an oversized car wash. The printers weigh almost a couple of tons, cost between $500,000 and $700,000, and include sophisticated computer programs to control construction. They feed instructions to racks — which can range in size from 10 feet long by 10 feet high, to 100 feet by 100 feet. Attached to the racks is a spout, which goes back and forth over the site directing the premixed cement according to the design. The mix then hardens into a concrete structure.

“Make no mistake, these houses are not your average test models,” said the Lights, owners of Precision Building & Renovating, which is based in the state capital. “The finished product is far superior in strength, durability, and efficiency.”

From coast to coast, 3D-printed homes are gaining ground as a possible alternative to making housing more affordable in cities roiled by exploding prices and thinning inventories. The idea is to cut production time and labor costs and sell solidly built homes at prices that lower-income earners can afford.

Other 3D home projects around North America include:

As supply chain worries have consumers shopping earlier for the holidays, retailers including Best Buy are planning early sales like last year.

Many retail analysts are predicting that popular items might sell out by next...Read More

Her late husband, Larry Flynt — founder of Hustler magazine and a broader adult-themed entertainment group — liked to proclaim himself a "smut peddler" and a "...Read More