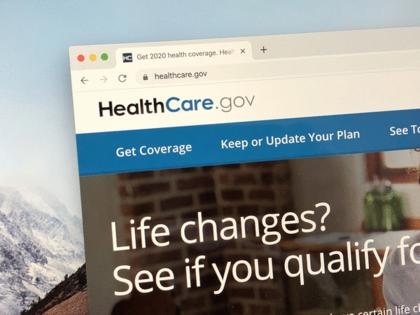 In 2016, Isis Mabel, of Mexico, wanted to improve her English. On advice from an aunt, she enrolled with an au pair agency to come to the United States to live with a family and care for the children. The job typically pays about $200 a week on top of lodging and meals. She said she gave the agency $360 and was told that would cover costs like visa fees and health insurance.

It was all explained “super quick,” she said, with no details on what the insurance would cover. When she arrived in the United States, she recalled, a representative of the au pair agency recommended she buy extra coverage for sports, because even an accident caused by jumping could be considered sports-related. Mabel opted to purchase the extra policy for an additional $180.

In August 2017, she had her birth control implant removed because it had expired, something she assumed would be covered by her insurance, given birth control coverage is part of Mexico’s universal health care system. Instead, she said, she got a bill for about $4,500. Her insurance didn’t cover contraception or other reproductive health care, she said.

According to the State Department, 14 au pair agencies operate in the U.S. These private companies are required to offer their au pairs basic health coverage under State Department regulations. But some of the plans amount to emergency or travel insurance, excluding many types of necessary care, according to Natalia Friedlander, a staff attorney at the Rhode Island Center for Justice, a nonprofit public interest law center. After an au pair she employed had problems with health coverage, Friedlander examined insurance offered by about half those agencies in 2020 and her center posted information online to help au pairs find comprehensive coverage.

She found that agencies might not mention that au pairs are eligible to enroll in comprehensive coverage on the Affordable Care Act marketplaces or that many au pairs may qualify for subsidies to help pay their premiums. By failing to enroll, au pairs could wind up with huge medical bills if they need care.

A spokesperson for the State Department said those 14 agencies are subject to the same regulations as other groups that sponsor exchange visitor programs and must require the au pairs to “have insurance in effect that covers the exchange visitors for sickness or accidents during the period of time that they participate in the sponsor’s exchange visitor program.” The criteria laid out in the federal regulations include medical benefits of at least $100,000 per accident or illness, a deductible limit of $500 per accident or illness, and a maximum coinsurance limit of 25% of the cost of covered benefits — but they don’t stipulate that the comprehensive coverage required for Americans must be provided.

Neither do the regulations suggest au pairs or other exchange visitors be informed about access to ACA marketplace plans. Mabel and two other former au pairs, whose time working in the program spanned 2014 to June of this year, told KHN that no one ever mentioned the ACA to them when they signed up for work or after they arrived in the U.S.

KHN reached out to each of the 14 au pair agencies under the purview of the State Department about the insurance plans they offer employees. Only one responded.

Terence Burke, a spokesperson for Cultural Care Au Pair, said the insurance offered to its au pairs exceeds regulations set up by the State Department to meet medical expenses and other travel coverage, and provides emergency evacuation from the country if needed, another State Department requirement.

“Au pairs with Cultural Care are given detailed information on exactly what is and what is not covered in their insurance coverage. Knowing that information, au pairs are always free to supplement or add to the insurance coverage they must have in accordance with the U.S. State Department regulations and can choose to enroll in an ACA exchange to supplement their medical coverage,” he wrote in an email.