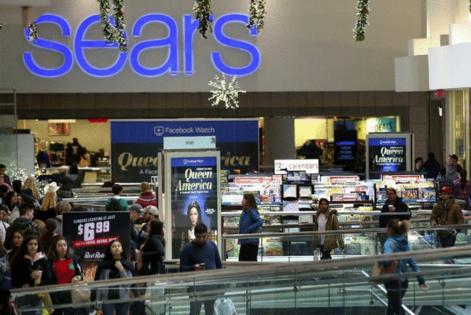 CHICAGO — Sears is closing its Woodfield Mall store in November, leaving the iconic retailer without a single department store in Illinois, where it built its retail empire.

The retailer’s parent company plans to redevelop the property as part of a “strategy to unlock the value of the real estate and pursue the highest and best use for the benefit of the local community,” Hoffman Estates-based Transformco said in a statement Thursday.

The Sears store will close before the holidays, on Nov. 14.

Transformco, which was created when Sears’ former CEO Edward Lampert and his hedge fund bought the company out of bankruptcy in 2019, has not finalized plans for the redevelopment but said it is “in active negotiations with best-of-class retailers.”

The Daily Herald first reported news of the store’s closing, which comes 50 years after Woodfield Mall opened, with Sears as one of its initial anchor stores.

It’s the end of an era for a company that was once the country’s biggest merchant. Sears had already been shrinking dramatically in the years leading up to parent company Sears Holding’s bankruptcy filing in 2018.

Transformco said its plans for Sears and Kmart call for keeping a small number of larger, premium stores open alongside a larger group of small-format stores. The company also said it plans to expand its Hometown Stores and Home & Life stores in cities and towns that used to have larger stores.

Sears Hometown Stores are smaller stores selling tools, appliances, and lawn and garden equipment, and Home & Life stores are a newer small store concept focused on appliances, mattresses and home services, the first of which opened in 2019.