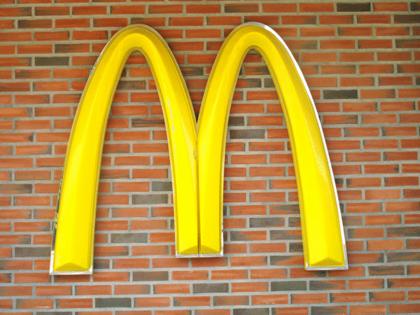 You know it’s bad when ice cream machines at McDonald’s across America are broken so often they’re a punchline for late-night jokesters. (Though blaming the Hamburglar seems too easy.)

Or when a guy comes up with an actual website — mcbroken.com — so someone jonesing for a soft-serve vanilla cone can track which nearby Mickey D’s has a working machine.

Or when McDonald’s itself goes for a we-can-laugh-at-ourselves moment with this tweet last year: “We have a joke about our soft serve machine but are worried it won’t work.”

Take heart, dispirited McFlurry fans. No less than the Federal Trade Commission is now asking what’s up with that, according to a recent report from the Wall Street Journal.

(A McFlurry, to the uninitiated, is ice cream blended with candy — M&Ms, for instance — or cookies, Oreos being big with the McFlurry crowd. Diehards have been known to dip french fries in their McFlurries.)

To steal a McDonald’s slogan, some fans have not been lovin’ it.

A popular TikTok music video portrays a conversation between a disappointed drive-thru customer and a worker giving him the bad news that there will be no ice cream today — ending in a potential fist fight. On Twitter, laments are legion.

Even a show on buttoned-up NPR made a dark joke about the real problem being a lack of a key ingredient: Grimace blood. (More on McDonald’s purple mascot in a minute.)

But seriously: Ice cream machine breakdowns have been a frustration for store owners, who, according to the Journal, have said the machines are more complicated than need be and also difficult to fix. Their heat-cleaning cycle, lasting up to four hours, can fail, which means they can’t be used until a repair technician can fix them, the Journal reported owners said.

This summer, the Federal Trade Commission sent letters to franchisees inquiring about what’s going on with the machines, according to the news report.

Transcom Worldwide will hire 450 people with the possibility of growing to 1,000 workers and will locate in a ...Read More