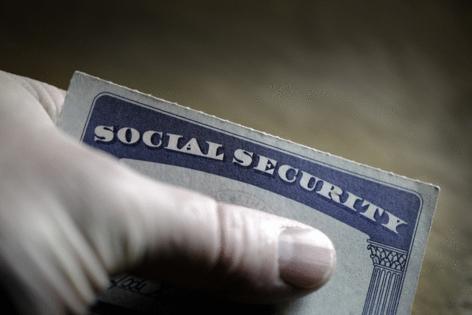 The recent increase in inflation could mean retirees already receiving their Social Security benefit might see 2022 it rise by about 5%, which would be the biggest annual cost-of-living adjustment (COLA) in more than a decade.

But the even bigger payoff from a large Social Security COLA will be for anyone at least 62 who has yet to start collecting, and keeps delaying their start date.

Anyone nearing 60 or in their early 60s has likely already heard plenty about the big financial payoff if you delay when you start collecting Social Security past age 62. Every year (actually, every month) you delay up until you turn 70 earns you a bigger eventual benefit.

The formula for exactly how much more you get each year is based on your birth year. For someone born in 1960 or later, at age 67 — what the Social Security programs refer to as your full retirement age (FRA) — you are entitled to 100% of your benefit. Start at age 62 and your benefit will be 70% of what you would get if you waited until 67.

Wait until age 70 and your benefit will earn a delayed credit of another 8% a year for those three years, earning you a benefit 124% of your FRA benefit.

But the payoff for waiting is actually even bigger than that. Every year between age 62 and 70 that you wait to start collecting, you not only get the delayed credit, but you also earn whatever the official Social Security inflation COLA is for that year.

We won’t know the exact 2022 Social Security COLA for a few more months, but careful inflation-index watchers note that the adjustment for next year will likely be at least triple the 1.3% adjustment current and future beneficiaries received this year.

Recent research confirms that we’re collectively getting smarter about when to start Social Security benefits. Since 1985 the percentage of men who settled for the lowest possible benefit by claiming at age 62 has fallen by 27%, and for women those choosing age 63 has declined by 21%.

Still, fewer than 10% of men or women are waiting until age 70 to start, which is when you would lock in the biggest possible impact of delayed credits that have been inflation adjusted.

How to wait until age 70 to start Social Security

It’s important to note that for married couples, what matters most is that the highest earner delays until age 70. When a spouse dies, the survivor is entitled to one benefit, not both. This means that every surviving spouse will encounter a drop in income.

If you have retirement savings in a 401(k) or individual retirement account (IRA), research suggests you’ll be financially better off using those savings in your 60s, rather than starting your Social Security benefit early.

Another option is to reframe working in your 60s. It may not be desirable — or practical — to keep at a full-blown career job. But might there be an opportunity to work part time, to earn just enough (after-tax) to offset the Social Security benefit you won’t receive if you wait?

Take a spin through the Social Security’s benefit estimator and check out your expected monthly benefit at age 62. Now ask yourself if there’s work to be had that could pull in at least that much. Given the average benefit (across all ages) is around $1,500, you’re likely looking at replacing less than you earn working full time.

And if the thought of downsizing is something you’ve got in the back of your mind, maybe it’s time to move it to the front. The home that was great for raising your family may not have an age-in-place friendly layout, or it could be socially isolating.

Making a move sooner is going to be a lot easier than being pushed to change in your 80s. The first $250,000 in capital gains on a home sale is tax free. (For married couples filing a joint tax return, it’s $500,000.) Depending on your gain, and where you intend to land, you could pocket enough from the sale to support you while you wait until age 70 to claim the biggest possible inflation-adjusted Social Security benefit.