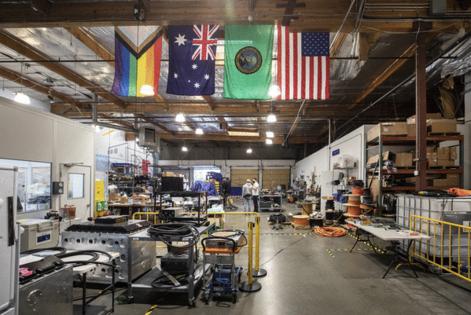 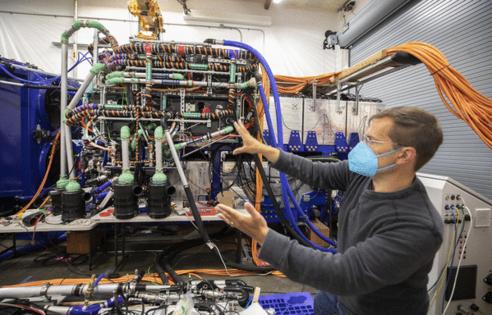 A Seattle engineering company is building one of the world's first zero-emission engines for a massive mining truck in a warehouse packed with "Star Wars" memorabilia and machines named after "Saturday Night Live" characters.

The company, called First Mode, is led by a former NASA rocket scientist. It will soon ship the 45,000-pound engine to a South African platinum mine, where it will install the engine into a bungalow home-sized dump truck.

"Success for us and for our customer is to show everybody that you can throw this into an active operation ... and make it work," said First Mode CEO Chris Voorhees.

Voorhees and his team build and test various machines for clients, including space equipment and clean-energy technology for mines. Recently, the company even forayed into building a zero carbon emission racing vehicle to compete in the Baja 1000, a grueling Mexican off-road race approximately 850 miles long.

By replacing mining's most carbon-expensive machine with clean energy, the two companies aim to "get their entire industry moving in that direction," said Voorhees.

They also hope to open doors for other industrial processes to use hydrogen battery technology for energy requirements of this scale. If it's successful, experts see this project applying pressure to other companies in the mining supply chain to make their own operations more sustainable.

'A steaming pile of problem'

Diesel fuel is one of mining's oldest vices. Its cost-effectiveness and high energy per gallon make it the easiest way to power industrial operations.

The problem, unsurprisingly, is carbon dioxide. Mining is responsible for producing up to 7% of global greenhouse-gas emissions, 75% of which are carbon dioxide.