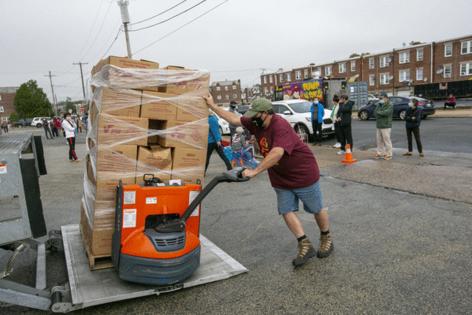 As the pandemic raged throughout 2020, poverty declined in the United States thanks to infusions of federal money, according to a report released Tuesday by the U.S. Census Bureau.

According to the so-called Supplemental Poverty rate, which takes family expenses and government aid into account, around 9.1% of Americans were poor in 2020, down from 11.8% in 2019.

The Census Bureau indicated that millions of Americans were lifted out of poverty by government stimulus checks, increased unemployment insurance, and other federal interventions.

The report did not include local data.

The Census Bureau also measured the official U.S. poverty rate, which does not take into account the government help that the supplemental rate does. The official poverty was 11.4%, an increase of one percentage point between 2019 and 2020.

Under that measure, this is the first increase in poverty after five consecutive years of declining rates, according to the Census Bureau.

“I think we have both these stories at once,” said Temple University sociologist Judith Levine, director of the school’s Public Policy Lab. “Official poverty went up, but the government was able to reduce it through stimulus spending.”

Among the non-Hispanic White population, 8.2% were in poverty in 2020, while the Hispanic population had a poverty rate of 17.0%.

Among the major racial groups examined in this report, the Black population had the highest poverty rate (19.5%), but did not experience a significant change from 2019.