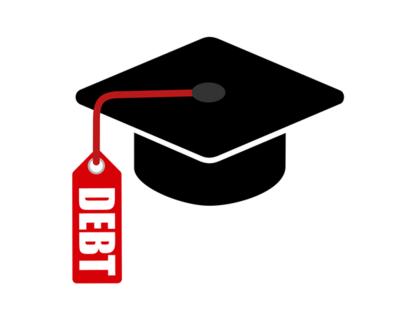 One in four American parents who borrowed from the federal government to help pay for a child's college education don't expect to retire as planned because of the debt, a survey to be released Tuesday says.

And one in five parent borrowers regret taking out the loans, the NerdWallet survey shows.

"Parents take on whatever it takes to get their kids at college, including taking on unaffordable debt," said Anna Helhoski, student loan expert at NerdWallet, a personal finance website based in San Francisco. Of the total $1.6 trillion in student loan debt, Americans borrowed roughly $103 billion in PLUS loans as of the second quarter of 2021. There are 3.6 million Parent Plus borrowers, and the average loan totals more than $28,000.

One in three who borrowed under the government's Parent PLUS loans say they're counting on forgiveness to help wipe out a large portion of their debt.

The government recently opted to extend collection actions on defaulted loans for four more months, until Jan. 31, 2022. But officials say that forbearance is unlikely to be offered again. "The payment pause has benefited parents, but it's going to end. A great deal of them aren't going to be ready," Helhoski said.

As for a larger debt amnesty, "counting on forgiveness is a mistake. They're hearing about it in headlines. There's hope there, but there's no legislation currently. President Biden hasn't committed to broad forgiveness," Helhoski added.

Other studies support the study by NerdWallet.

An October 2020 JPMorgan Chase report that analyzed the student loan debt of more than 300,000 Chase Bank customers found that "almost 40% of individuals involved in student loan repayment are helping someone else pay off their student loan debt."

A 2017 AARP survey of more than 3,000 adults found that a quarter of private student loan co-signers aged 50 and older had to make a loan payment because the student borrower failed to do so.