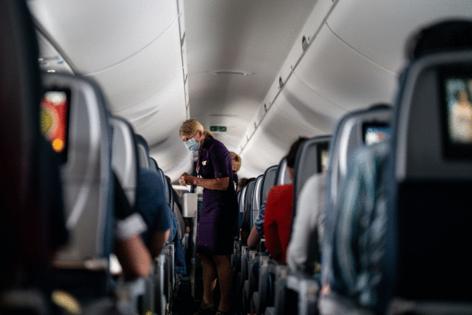 It's no secret that the pandemic has been a rich breeding ground for infectious balderdash of every description. Get ready for a whole new genre.

We're talking about reports of mass resignations provoked by vaccination mandates. These are beginning to percolate through the press and social media.

For the most part, there's less in the reports than meets the eye at first glance. That's an early sign that they should be treated with extreme care and skepticism, just like reports of "miracle cures" derived from livestock medications, bleach, and UV lights.

Employers in certain business segments have been fretting for months about whether requiring workers to be vaccinated against COVID-19 will result in a surge of quitting.

That's why some have avoided imposing vaccine requirements on members of their workforces with the least to lose — low-income front-line workers such as cashiers at Walmart, for example, while keeping them in place for those who have their eyes on career goals, including middle managers.

The vaccination mandate proposed last week by the Biden administration and aimed at employers with more than 100 workers should diminish those concerns. Rank-and-file workers who refuse vaccines on the assumption that they can just move on to less-demanding employers will have fewer options.

Workers in healthcare fields, where vaccination refusal rates were inexplicably elevated, also will have fewer choices, especially as the Biden administration is mandating vaccines for all employees of healthcare facilities that treat Medicare and Medicaid enrollees. That's the vast majority.

That rule alone may make the episode earlier this summer at Houston Methodist Hospital a relic of the past. After the hospital mandated that all employees get vaccinated against COVID-19, more than 150 refused. They were fired.

Several had challenged the mandate in a lawsuit, arguing that the vaccines were "unapproved" and they were being treated as "guinea pigs."

Federal Judge Lynn N. Hughes made short work of these arguments, ruling in June that the hospital was well within its rights to condition employment on vaccination. The resisting workers "will simply need to work somewhere else," he ruled. "Every employment includes limits on the worker's behavior in exchange for his remuneration. That is all part of the bargain."