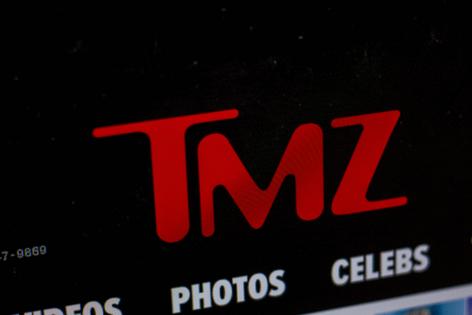 Levin, the attorney and former legal TV correspondent who founded the brand in 2005 with the late Warner Bros. TV executive Jim Pastore, will remain as TMZ's managing editor under the new ownership. He will report to Rob Wade, Fox Entertainment's president of alternative entertainment and specials.

No price was disclosed for the TMZ portfolio, which includes the company's eponymously named daily syndicated program and its spinoff "TMZ Live." The shows will now be a part of Fox Television Stations' syndication division, Fox First Run.

The acquisition of TMZ will add to Fox Corporation's strategy focusing on programs that command live or same-day viewing on traditional TV as audiences increasingly turn to streaming for scripted sitcoms, dramas and movies. Fox Corporation's assets include Fox News, the most watched cable channel in the country.

TMZ stands for 30-mile zone, a geographic area in Los Angeles used by union film projects to determine working conditions and per diem rates and driving distances for crew members.

Levin's TMZ is known for its aggressive pursuit of celebrity news, and its impromptu interviews with stars as they exit restaurants or airport terminals have become familiar images across the media landscape.

TMZ has ruled the Hollywood news cycle by breaking such stories as Mel Gibson's antisemitic rant in 2006, the angry and abusive voicemail Alec Baldwin left in 2007 for his 11-year-old daughter and the 2009 audiotape of Christian Bale's profanity-laced tirade on the "Terminator Salvation" film set.

TMZ is also tapped into Los Angeles' emergency services community, helping the outfit be the first to report on major celebrity deaths. Its scoops include the deaths of pop legend Michael Jackson and retired Los Angeles Lakers star Kobe Bryant.

"The unique and powerful brand Harvey has created in TMZ has forever changed the entertainment industry and we're excited to welcome them to Fox," said Lachlan Murdoch, executive chairman and chief executive of Fox Corporation.

In a statement, Levin said having his operation under Fox Entertainment "is opening up a world of opportunities for TMZ to grow our current platforms and expand in every which way!"

TMZ has already produced several specials for Fox, including "Harry & Meghan: The Royals in Crisis," "Tiger King: What Really Went Down" and "UFOs: The Pentagon Proof."

WASHINGTON — Despite a still-menacing pandemic and a cascade of other domestic and international threats to the U.S. economy, Federal Reserve policymakers on Wednesday expressed confidence in the recovery and said they ...Read More

Negotiations have broken down between the International Alliance of Theatrical and Stage Employees (IATSE), which ...Read More

Passenger satisfaction at America’s airports is starting to dip from all-time highs as airports get busier, with O’Hare International Airport ranking last and Midway Airport in the bottom half, according to a study ...Read More