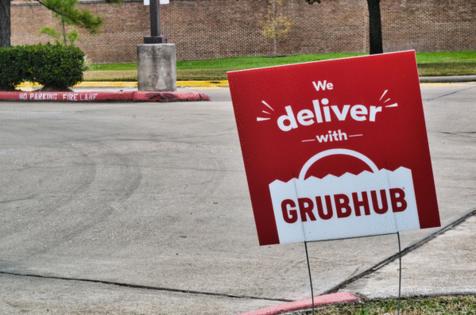 SEATTLE — During the pandemic, restaurants around Seattle started to notice they were getting more food orders from different versions of their menus that sometimes dated as far back as 2014. Worse, when the kitchens couldn't fulfill orders from such outdated menus, those angry customers posted negative reviews about the restaurants online or called the restaurants to complain.

Last year, Art of the Table owner and chef Dustin Ronspies said he received to-go requests for stuffed quail and other small plate items from a menu he wrote eight years ago. His staff had to tell the delivery drivers that the kitchen didn't have those ingredients on hand.

Nearby, the seafood restaurant Manolin recently received a request for "black rice with squid," a menu item that's so outdated that the cooks couldn't recall when Manolin last served it in the dining room, let alone make it on the spot.

Unbeknown to these restaurants, the third-party delivery-app Grubhub was hawking these gourmet to-go items, and then putting the onus on the restaurants when the chefs could not reproduce these dishes for delivery, said several restaurateurs who spoke to The Seattle Times. Grubhub did not return a request for comment.

"They are ordering things we have not had in over a year. ... It's insane. It's a blatant misuse of our business," said Manolin co-owner Joe Sundberg.

The city of Seattle will soon start cracking down on such practices. In one of the strictest measures in the United States, a new Seattle law, effective Sept. 15, will require third-party meal-delivery apps to get written consent from restaurants before listing their menus or taking orders without permission. A delivery service that refuses to "remove the restaurant from its listing within 72 hours of receiving the request" could be fined $250 per violation.

Revenues generated from those fines will go toward supporting small restaurants with fewer than five employees, city officials said.

Seattle has been one of the most aggressive metropolitan cities in trying to rein in the practices of food delivery services. Last year, after small businesses and customers around Seattle complained that delivery services were "price gouging" during the pandemic, the city imposed a 15% cap on commission that third-party, app-based services can charge to deliver food.

The latest delivery mandate has the backing of two influential restaurant organizations; the Washington Hospitality Association and the Seattle Restaurant Alliance. Anthony Anton, the president of the WHA, said delivery apps are hurting restaurants because it's the small-business owners, and not the delivery services, that are getting the brunt of the negative online reviews for not being able to fulfill delivery orders from outdated menus.

Linda Di Lello Morton, a board member of the Seattle Restaurant Alliance and the co-owner of Terra Plata bistro on Capitol Hill, agreed. "It really hurts when we get a bad review when it had nothing to do with us," Morton said.

As the cost of bacon and other goods sizzles, more people want to protect their savings from getting burnt to a crisp by inflation.

One simple move, which I wrote about this past summer as well, involves setting aside ...Read More

In less than 15 years, Americans 65 years old and older will outnumber Americans under 18.

If you’re one of millions rounding the bend toward 65 in the next decade or so, getting up to speed now on Medicare's ...Read More

All is not rosy in restaurant land. Nationally, 90,000 spots have closed permanently or long term. Locally, employment in food-service and accommodation is down by 33%, and the number of businesses behind on their bills ...Read More