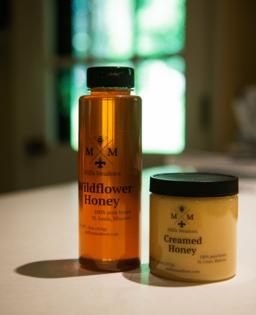 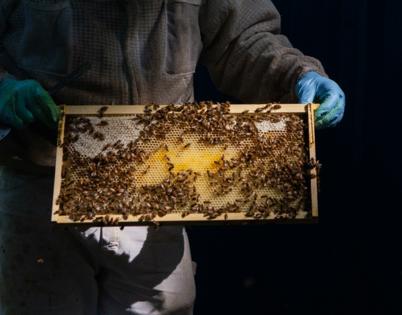 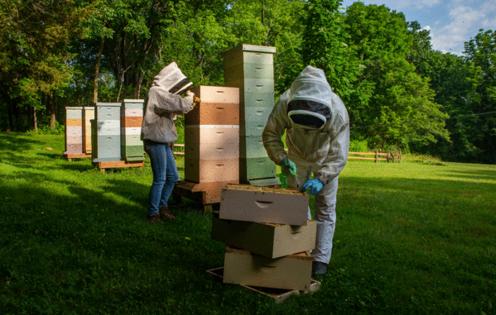 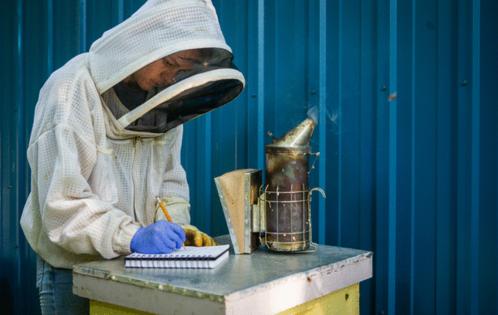 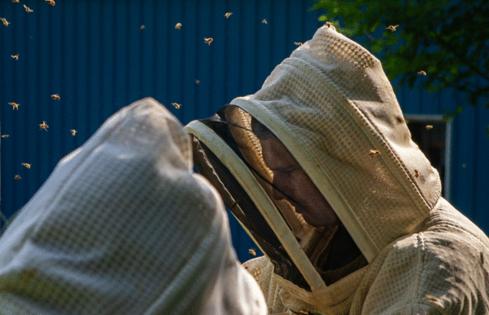 DES PERES, Mo. — A vegetable garden was first on Tom Millis' to-do list when he bought his home in the St. Louis suburb of Des Peres a decade ago. Then he and his now-wife, Elsa Stuart, added native flowers to their 2-acre property.

Bees were next. They'd help pollinate the plants and make a little honey, maybe even enough to give to friends.

"What are we going to do with all this honey?" Stuart asked Millis.

They decided to form a bee corporation.

In October, the couple launched Millis Meadows, joining the ranks of hobbyists-turned-entrepreneurs whose fascination with the communal insects blossomed into side businesses selling hive products. In the United States, honeybees have bounced back since colony collapse disorder was identified in the mid-2000s, increasing awareness of the pollinators' plight. Honey consumption has almost doubled over the past 50 years, according to the U.S. Department of Agriculture, even as the use of other caloric sweeteners has dropped.

Most backyard beekeepers start small after learning about the practice from a family member or on social media. Millis and Stuart, both veterinarians, dove into research on the invertebrates and converted their garage into a workspace before they added any flying tenants to their garden. At least six apiarist organizations in the region offer mentoring and workshops to help "newbees" establish colonies, mitigate setbacks and minimize the inevitable stings.

"You can't just master it in a year," said John Pashia of Affton. "There's very much an art to the science."

Pashia joined the Eastern Missouri Beekeepers Association 15 years ago after a friend got him interested in the practice. At the time, about a dozen people were regulars at meetings. Now the club claims hundreds of members.

"People are becoming more connected to nature and wanting to know where their food comes from," Pashia said. "As a hobby, it's extremely interesting. You're overwhelmed by Mother Nature."