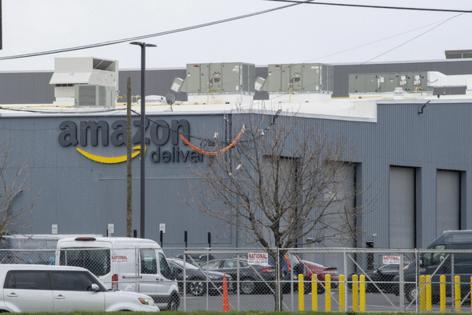 Pennsylvania employers must pay workers for time spent going through mandatory security screenings, the state Supreme Court has ruled, a decision that threatens to force Amazon.com to compensate hundreds of workers for thousands of previously unpaid hours.

The 5-2 decision last week stems from a proposed class action lawsuit against Amazon, claiming the firm failed to pay warehouse workers in Breinigsville, Pa., near Allentown in Lehigh County, for security checks. The state Supreme Court did not decide the final outcome of the Amazon case but ruled on the specific question of whether screenings count as "hours worked" under Pennsylvania law.

The ruling could have implications across Pennsylvania beyond the Breinigsville warehouse. Amazon now faces a similar suit in Philadelphia seeking unpaid wages for all of the company's current and former workers at Pennsylvania fulfillment centers. And the decision could open the door for claims against other companies. For example, the time spent logging into software at call centers or donning a gown at meat processing plants could be affected by the ruling, legal experts said.

"In the era of COVID, one could imagine that it might also include things like temperature checks and rapid tests," said Sophia Lee, a law professor at the University of Pennsylvania.

Amazon now encircles the Philadelphia region with over 50 warehouses

After clocking out for the day, Amazon workers in Breinigsville had to undergo security screenings to make sure they hadn't stolen goods. The checks included metal detectors and bag inspections. Sometimes, employees got stuck in line.

The average employee incurred about 21 minutes of unpaid time a week, plaintiffs claimed, though Amazon disputes how long the security checks took. Workers at the warehouse racked up a total of 205,725 hours of unpaid time between 2010 and 2015, according to court records. Plaintiffs' lawyers did not attach a dollar figure to the total but suggested workers would be owed millions in back wages. One staffer's unpaid time totaled 67.75 hours over four years.

In 2013, employees Neil Heimbach and Karen Salasky sued in Philadelphia Common Pleas Court, and the suit was consolidated with similar claims in other states. A federal judge in Kentucky tossed out those claims after the U.S. Supreme Court, in a separate case, ruled that security screenings were not compensable under federal law.

The Breinigsville workers still sought back pay under Pennsylvania law. They appealed their case to the federal appeals court for Kentucky, Michigan and Tennessee, which asked the Pennsylvania Supreme Court for guidance on the state's wage law. The state court ruled July 21 that mandatory security screenings do count as hours worked in Pennsylvania. It said that state wage law doesn't view short time periods — known as "de minimis" time — as too trivial for compensation.

Pennsylvania's minimum wage law "plainly and unambiguously requires payment for 'all hours worked,' signifying the legislature's intent that any portion of the hours worked by an employee does not constitute a mere trifle," Justice Debra Todd, a Democrat, wrote for the majority.