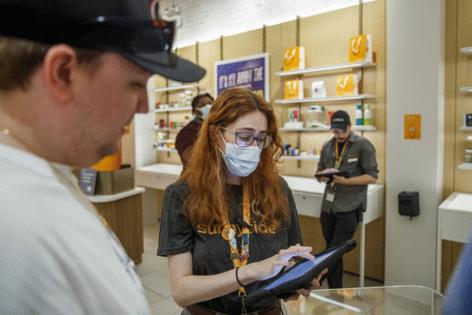 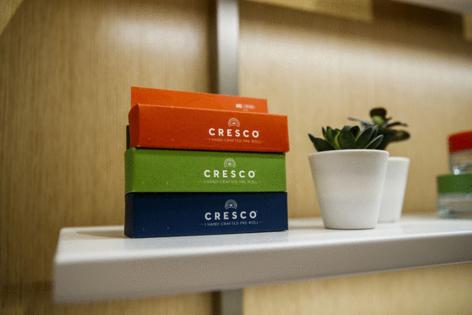 The four-day event begins Thursday in Grant Park, and nearby Chicago cannabis dispensaries are stocking up and staffing up for what they hope will be a major sales boost.

The Sunnyside dispensary on North Clark Street in River North — the closest marijuana shop to Grant Park — has brought in corporate support staff, extra product and charted out logistics to handle a boisterous influx of Lolla attendees looking for a legal buzz during the festival.

“We expect it to be our busiest weekend that we’ve had to date since we opened, and are prepared to handle it. The store is fully staffed — it will be the first time we will have all 12 registers open,” said Jason Erkes, a spokesman for Chicago-based Cresco Labs, the large multistate cannabis operator that owns the dispensary.

Recreational marijuana was legalized in Illinois in January 2020. Total sales reached $1.03 billion last year, including $669 million in recreational weed and more than $366 million in medical sales. Through June, the state is on pace to generate $1.65 billion in sales for 2021.

Cannabis market research firm BDSA expects the influx of out-of-state and local Lollapalooza attendees to bring a “sizable boost” in cannabis sales, with nearby dispensaries in River North and the West Loop likely to see the biggest gains.

Launched in 1991, Lollapalooza put down roots in Chicago in 2005, becoming a major tourism draw for the city, attracting hundreds of thousands of festivalgoers and infusing millions into the local economy.

Lollapalooza was canceled last summer during the height of the COVID-19 pandemic. It returns as the delta variant spurs a rise in case counts and new mask guidelines from health officials, but attendance is expected to be robust.

So far, Cook County is not on the list of places where masks are recommended indoors for vaccinated people. The dispensaries are staying vigilant, but for now, masking is mostly a suggestion for unvaccinated customers.

“Right now, if you’re vaccinated, you can shop without a mask,” saidAbigail Watkins, spokeswoman for Dispensary 33 in the West Loop. “If there’s a new mask mandate, obviously we will have to change our policy.”