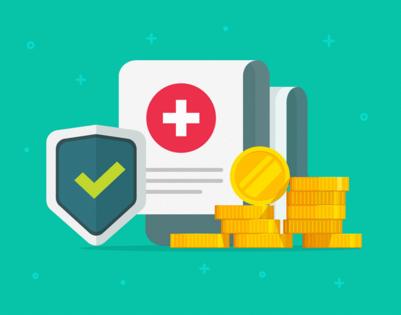 After being laid off from her job as a systems analyst for a specialty chemicals company in December, Gabriela de Pompignan opted to hang on to her former employer’s insurance coverage under the federal law known as COBRA. Typically, laid-off workers pick up the total cost of premiums under COBRA, but her company paid roughly 75% of the expense for the first six months, leaving de Pompignan with a $659 monthly bill for the family plan covering her, her husband and their 9-year-old son.

Since both de Pompignan and her husband, a lawyer, were unemployed, her company’s temporary financial support was crucial to making their premiums affordable. What de Pompignan didn’t realize, however, was that she was eligible for an even better deal. Under the American Rescue Plan Act that President Joe Biden signed in March, COBRA premiums for laid-off workers are covered in full by federal funding for six months from April through September.

Neither her former employer nor the company administering COBRA benefits for her workplace told her about that option.

Under federal rules, she should have been sent a notice by May 31 informing her about the subsidy, which is generally available to people who were involuntarily laid off or whose hours were reduced and who are eligible for continued employer coverage under COBRA.

People can sign up for the subsidy even if they didn’t elect COBRA coverage earlier, or if they had COBRA earlier and dropped it because it was too expensive or for another reason.

Those laid off or furloughed after April 1 have 60 days to sign up for regular COBRA coverage and the temporary financial assistance.

De Pompignan learned about the subsidy only because she happened upon a news story that described it.

“I don’t know their reasons for not communicating this option to us,” said de Pompignan, 45, who lives with her family in Mendham, New Jersey. “But I did feel frustrated.” She added that many workers who have been laid off “could be struggling to get their health insurance paid for during such difficult times.”

In a statement to KHN, Trion Group, the company that administers her former employer’s COBRA coverage, said, “As a COBRA administrator, we rely on our clients to provide us information on which of their former employees are eligible for the ARPA subsidy. Once we were notified of the error in Ms. de Pompignan’s initial status, we immediately made the change in our system and sent her eligibility notification.”