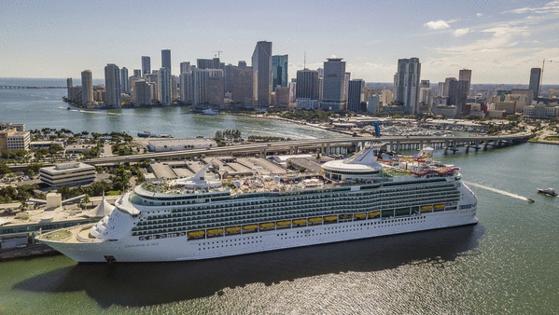 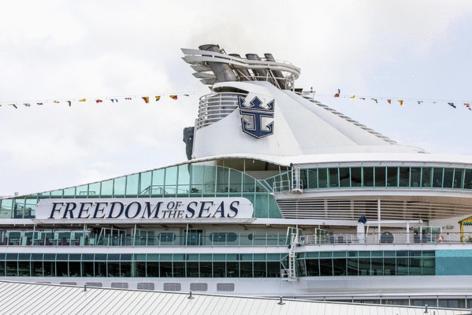 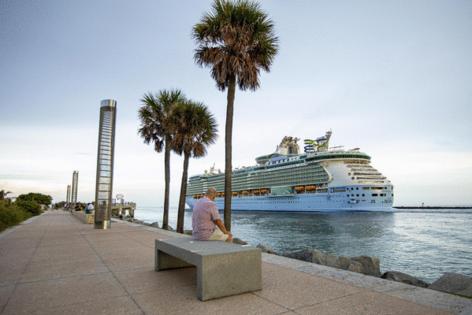 Karen Matzel wanted to be first.

She was one of the last passengers to disembark the Celebrity Edge cruise ship in Fort Lauderdale, Fla., on March 15, 2020, as COVID-19 shut down the industry, and she wanted to be the first to step back on board during its restart cruise last month. As she wound her way through the switchbacks of the gangway, she could hear the cheers growing louder. When Matzel rounded the final turn and saw crew members on both sides of the ship’s entryway, she felt tears coming.

“When I could hear them clapping, I could feel a frog in my throat,” Matzel said, noting she was among the first 10 passengers on board. “I couldn’t have had a better welcome home.”

Aboard cruise ships that relaunched passenger operations from Florida ports this summer, happy celebrations ushered in a new — and uncertain — beginning for the beleaguered industry.

The festivities were 15 months in the making since companies halted their U.S. operations in March 2020 after COVID-19 outbreaks on ships killed dozens of passengers and crew. Countries closed their ports to cruise ships suffering outbreaks, delaying critical medical evacuations. Crew members spent months trapped on ships unpaid and without reliable information about when and how they would get home.

More than 13 million passengers boarded cruise ships in the U.S. in 2019, and 8.3 million of them chose cruises in Florida, according to Cruise Lines International Association, the industry’s lobbying group. Canceled cruises in the U.S., the industry’s most lucrative market, ground much of the $55.5 billion U.S. cruise economy to a halt. Meanwhile the 60,000 South Floridians who work directly and indirectly for the industry saw their hours cut or their jobs disappear altogether and the $7 billion passenger cruise economy associated with PortMiami was largely paralyzed.

Companies have worked to build back consumer trust with new COVID-19 protocols, promising a safer environment at sea than on land.

The first restart cruise for Royal Caribbean Group inspired CEO Richard Fain last month to break into song during a press conference on the Port Everglades pier: “I can see clearly now, the rain is gone.”

So far, four cruise ships have restarted from Florida ports, carrying passengers on three- to seven-night cruises to the Caribbean, and at least 10 more have plans to restart from Florida before summer’s end. Avid cruisers and first-timers alike say they’re confident companies can avoid the deadly outbreaks of last year and are thrilled to be back on vacation — a respite from the ongoing pandemic.