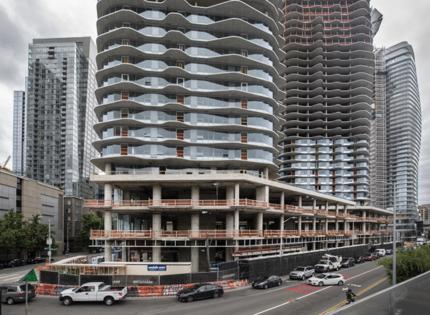 Under the new Mandatory Housing Affordability program formulated in 2015, the city agreed to relax zoning restrictions in more than two dozen neighborhood hubs while requiring developers in those areas to either pay fees or include some affordable units in their own projects.

The zoning changes, which increased density and expanded some of the hubs known as "urban villages," took a long time to implement — they occurred in 2017 and 2019 — as opponents raised concerns about displacement, parking and other issues.

But now, with Seattle voters preparing to pick a new mayor and with City Council members laying the groundwork for additional zoning changes, there are substantial outcomes from MHA available to review at last, because the program was in effect in all of the urban villages throughout 2020.

A major take-away: The program raised $68 million in fees.

Among the 224 market-rate projects that were subject to MHA's requirements in 2020, 219 chose to pay fees, while five agreed to include some affordable housing, yielding 21 on-site units.

The top payer was a high-rise project at 1200 Stewart Street in Denny Triangle that contributed nearly $10 million in fees. The city distributes the fees to affordable-housing projects twice each year.

MHA's stated aim was to create more than 6,000 affordable units over 10 years through fees and on-site construction.

By that metric, 2020 exceeded expectations: Last year's $68 million could help fund about 850 affordable units, given that Seattle assumes each unit needs about $80,000 from the city. Such projects typically combine city dollars with financing from other sources.

For context, Seattle spent more than $115 million on affordable housing last year, including $52 million from MHA fees. The fees helped fund 698 units — more than were funded through the city's housing levy.

Go back just a year ago and it wouldn't have mattered that three 40-foot corrugated metal shipping containers stuffed with thousands of ugly holiday sweaters couldn't make their way out of a California port.