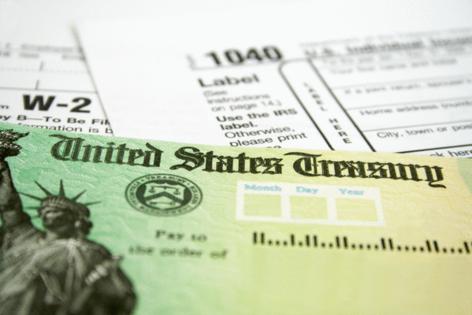 Another round of extra tax refund cash began hitting bank accounts Wednesday as the Internal Revenue Service sent money to taxpayers in the middle of an abrupt change in the rules relating to jobless benefits.

About 1.5 million people received an average of $1,686 this week after the IRS adjusted its federal income tax returns. Refunds by paper check will begin July 30.

The IRS has been rolling out these special refunds in batches as it makes adjustments for early filers who paid more than they owed in taxes on their jobless benefits for 2020 during the pandemic.

Taxpayers will generally receive letters from the IRS within 30 days of the adjustment detailing the reason for the refund or change.

The IRS continues to review and adjust tax returns and will likely issue more refunds in the future. The IRS is recalculating taxes for 13 million taxpayers who filed their tax returns in February and early March before they could benefit from an important change relating to taxable unemployment benefits.

The new, temporary tax break applies only for those with modified adjusted gross incomes of less than $150,000 in 2020 and those who also received unemployment benefits last year.

Some extra refunds will show up by direct deposit; other people will receive a check in the mail. Yet not everyone will see more money in their wallets.

Some will see the extra refund amount applied to taxes due or other debts. For some, the IRS said, there will be no change.