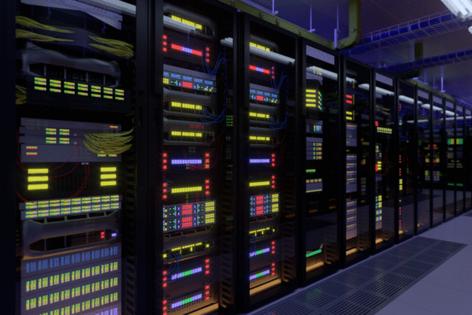 The U.S. economy stands to gain $160 billion a year in extra output from a successful national high-speed internet plan that would boost labor productivity and allow more people to work from home, according to new research.

The study, which is based on survey data, attempts to put precise numbers on one of the bigger unknowns in President Joe Biden’s infrastructure plan: how much is universal broadband really worth?

“Moving to high-quality, fully reliable home internet service for all Americans would raise earnings-weighted labor productivity by an estimated 1.1% in the coming years,” economists Jose Maria Barrero, Nicholas Bloom and Steven Davis wrote in a paper released July 27. “The implied output gains are $160 billion per year,” equivalent to about 0.7% of gross domestic product.The study’s authors describe an “abrupt, enormous” shift to remote work as a result of the pandemic, which they expect to settle with about 20% of the U.S. labor force persistently working from home. The share could be higher for so-called knowledge workers whose jobs are mostly done on computer networks anyway.

Slow productivity growth has been a major concern about the U.S. economy in recent years. Overall labor productivity was increasing at an average pace of around 1% in the decade before the pandemic, a historically low figure.

Davis, an economist at University of Chicago’s Booth School, said the biggest beneficiaries of the broadband plan are likely to be middle-income workers. Those on lower wages are often in jobs that require on-site labor, while high earners already have fast and reliable internet.

The research finds “few effects at the top end and fewer effects at the bottom end,” Davis said in an interview. “Evening out the earnings distribution in the short run is not one of our arguments.”

Biden’s plan aims to spread high-speed internet into corners of the country that don’t have a reliable service now. Senate negotiators are currently discussing a $65 billion investment in broadband investment, including the extension of monthly subsidies for low-income Americans, as part of a broader infrastructure bill.

More than 80% of respondents in the survey conducted by Davis and his colleagues said they had reliable internet quality, while around 16% reported moderate-to-poor or no connectivity. One of the big differences with high-speed broadband is the ability to move beyond text and messaging to video conferencing.

“Our data also suggest that better home internet access increases the propensity to work from home,” the economists wrote. “Universal access would, according to our estimate, raise the extent of WFH in the post-pandemic economy by about 0.7 of a percentage point,” they wrote, referring to work-from-home.

The paper was prepared for the Aspen Economic Strategy Group.

More than 60% of the nearly 400,000 U.S. workers Amazon hired into its lowest-paying hourly roles between 2018 and 2020 were Black or Hispanic, and more than half were women, according to new employee demographic data for ...Read More

Amazon and other warehouse operators across California will face new regulation of their labor practices under a law signed by Gov. Gavin Newsom Wednesday evening.

Comcast has launched a new streaming device called XiOne, its first to be available for all of its customers worldwide.

Applications for U.S. state unemployment benefits unexpectedly rose last week, led by a surge in claims in California, a sign of choppy weekly data as the labor market continues its broad recovery.