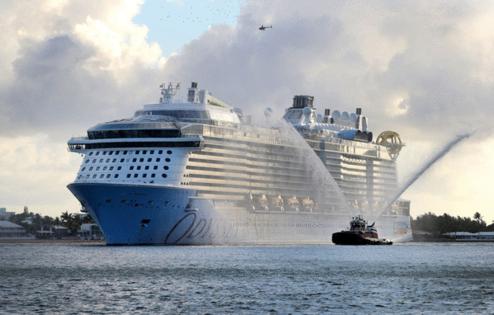 Cruise lines that operate from Florida ports have no intention of violating federal health and safety guidelines even as Gov. DeSantis’ celebrates a recent court ruling stripping the Centers for Disease Control and Prevention of authority over cruising in the state.

All major cruise lines intend to voluntarily remain in compliance with the CDC’s guidelines for resuming cruises, according to both the CDC and the trade organization Cruise Lines International Association.

That means cruise lines will continue to ask passengers to provide proof they’ve been vaccinated against the coronavirus. They’ll continue to require unvaccinated customers to purchase travel insurance, wear masks indoors on the ship and practice social distancing.

Cruise lines’ decision to stick with the CDC leaves DeSantis pursuing a lawsuit the lines neither asked for nor joined. Originally filed in April in response to complaints that the CDC wasn’t communicating what cruise lines needed to do to resume sailing this summer, the lawsuit no longer matters to the industry.

Cruises are resuming under CDC guidance. And DeSantis has been left to argue that the suit is really about preventing federal agencies from shutting down industries without “explicitly delineated” legal authority.

“He has always said, even before he was governor, that citizens’ lives should not be ruled by unelected bureaucrats,” DeSantis’ press secretary, Christina Pushaw, said by email.

And on that point, DeSantis seems poised to win. In June, U.S. District Judge Steven Merryday granted the state’s request for a preliminary injunction that removed the CDC’s authority pending the suit’s outcome. In granting the injunction, Merryday found that Florida was likely to prevail in its argument that the CDC overstepped its legal authority by preventing cruise ships from sailing with passengers since March 2020.

But how much of a victory was it? Cruise lines wasted little time after the latest ruling assuring customers of their intention to follow the CDC’s guidelines.