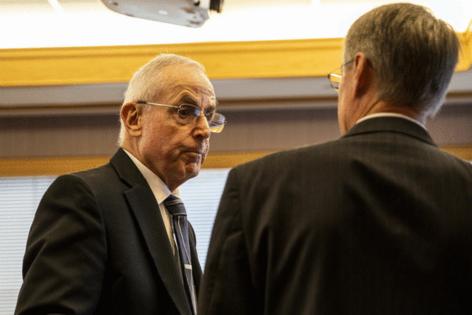 After many false starts, several bills have been introduced in the state legislature this year that would reform PSERS, which invests $67 billion for school worker pensions.

“I feel very good about four or five new laws moving this year,” predicted State Rep. Frank Ryan, R-Lebanon, a CPA who took over last year as PSERS’s vice chairman and head of its audit committee.

What’s different? “It came about, because of what’s going on now,” Ryan said, referring to the agency’s myriad challenges.

The bills under review would increase transparency and disclose more fees going to the fund’s well-paid outside money managers. One measure would empower the auditor general to conduct fraud audits while another would educate pension trustees.

The most radical bill would combine the investment arms of PSERS with that of its state employee counterpart known as SERS. Ryan acknowledges that the bill will be the hardest one to move but says he has the support of Republican leaders, who control both the state House and Senate, to put these measures up.

Ryan also credited State Sen. Pat Browne, R-Lehigh, a fellow PSERS trustee who has backed the agency’s current managers, as “my mentor” on figuring out how to smooth legislators’ concerns and get bills moving.

Mike Straub, spokesperson for state House Speaker Cutler, didn’t discuss the merits of individual proposals but said that “as more of these disclosures come out,” House leaders see it’s time to go beyond the “cycle of talking” and update the pension governance laws.

A wild spring for PSERS