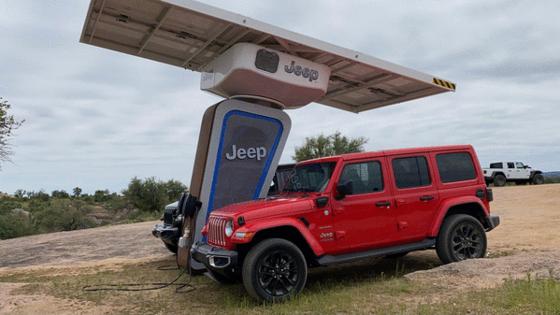 The head of the world's fourth-largest automaker on Wednesday acknowledged that public opinion in the wake of recent devastating floods in Europe and elsewhere is likely to push governments toward stricter regulations on emissions and accelerate the auto industry's move to electrification.

Specifically mentioning flooding that claimed hundreds of lives in Germany, Belgium and Austria in the past week, Carlos Tavares, CEO of Stellantis, highlighted the impact that global warming awareness is likely to have in the transformation of the auto industry.

"This has an impact on the public opinion, and the more public opinion becomes sensitive to the global warming issue and how to fix it, the more we can expect a very strong acceleration on those CO2 reduction objectives," Tavares told journalists during an Automotive Press Association webcast. Tavares was referencing carbon dioxide, one of the greenhouse gases in vehicle tailpipe emissions blamed for accelerating climate change.

The recent flooding is already affecting political debates in Germany ahead of elections this year that will anoint a successor to German Chancellor Angela Merkel. The flooding came after the European Commission just a week ago adopted a package of policies intended to reduce greenhouse gas emissions "by at least 55% by 2030, compared to 1990 levels," in an effort to make Europe the world's "first climate-neutral continent by 2050."

The plans would effectively end the sale of new internal combustion engine vehicles by 2035.

Europe is a key market for Stellantis, which formed in January from the merger of Fiat Chrysler Automobiles and Peugeot maker PSA Group. But the impact of climate events on regulations is likely to spread elsewhere, with Tavares saying the federal government in the United States would eventually like to "catch up" with efforts in Europe.

Tavares sounded an optimistic tone about the company's prospects should that come to pass, saying "we are ready for that."

Earlier this month, Stellantis promised $35 billion (30 billion euros) in electrification and related software investments through 2025 and four flexible battery-electric vehicle platforms that can manage 300 to 500 miles per charge. The company, which plans to announce the locations of two battery plants in North America later this year in addition to plans for three plants in Europe, also said it's targeting more than 70% of its sales in Europe and 40% of its sales in the U.S. to be low-emission vehicles by 2030.

Tavares called those projections reasonably conservative and said he believes there "is a lot of room for acceleration."

The Biden administration is expected to release updated fuel economy and emissions standards in coming weeks, and advocates are pressing for not just a return to Obama-era plans rolled back during the Trump years, but an even more aggressive climate agenda. Advocates are pointing directly at exceptional heat waves, drought and wildfire outbreaks in the western U.S. and Canada and devastating floods in Europe, China and even the Detroit area as evidence that the damaging effects of climate change are already upon us.

"We urgently need to cut emissions," Johanna Chao Kreilick, president of the Union of Concerned Scientists, said Tuesday in a press conference focused on pushing the Biden administration to adopt strict regulations. She said emissions must be reduced in the transportation sector because that's the nation's leading source of greenhouse gas emissions.

The organization is advocating for half of the new car market to be electric by 2030 and for a fully electric fleet by 2035. That would be a dramatic uptick in the U.S., where electric vehicles account for a small but growing piece of the market now.

Jeep will lead the way for Stellantis' electrification efforts, at least in North America, according to Tavares.

He said Jeep has a logical connection to electrification, noting that it's "the brand of freedom" because of its owners' penchant for off-roading.

The company, which claims its Jeep Wrangler 4xe is already the best-selling plug-in hybrid in the marketplace, plans to have an electric version of each Jeep model by 2025.

Other brands would catch up, he said.

The company has already announced that it would begin production on a battery-electric Ram 1500 pickup in 2024, the same year Dodge is supposed to create what the company is calling "the world's first full battery electric muscle car."

"You would not imagine how exciting it is to electrify Dodge, which is all about e-muscle," Tavares said Wednesday.

For those who were wondering about the fate of Dodge's current muscle cars, Tavares provided assurances that the Charger and Challenger "absolutely" have a future.