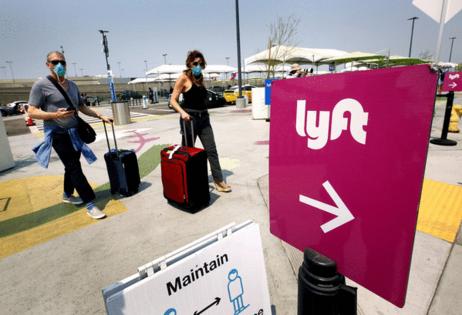 Rides through Uber and Lyft that are already hard to secure these days — and sometimes eye-poppingly expensive — because many drivers stopped working in the pandemic may become even more difficult to reserve Wednesday, when some drivers will be on strike.

An organization that represents rideshare drivers has called for the strike and has also planned a rally and demonstration Wednesday afternoon at the LAXit pickup area at the airport. If you're heading to or from LAX — or were planning to hail a ride somewhere in or around L.A. today — here's what you need to know.

Who's going on strike, and why?

Rideshare Drivers United, an L.A.-based labor rights group made up of drivers for app-based services such as Lyft and Uber, says drivers will strike and stage rallies in 11 cities around the U.S. on July 21. Organizers say drivers are striking for better pay and legal protections under the PRO Act.

Brian Dolber, an organizer with Rideshare Drivers United, said that what people have described as driver shortages are actually a "silent strike" from gig workers who feel driving for the apps has become less safe and lucrative. He said Wednesday's actions are "making that silent strike heard."

The PRO (short for Protecting the Right to Organize) Act passed the U.S. House this year and has been endorsed by President Biden. The act would expand protections for workers seeking to unionize, ban some tactics used by employers to dissuade union organizing activities, overturn the Taft-Hartley Act, and overturn so-called right-to-work laws in 28 states, among other things. Business columnist Michael Hiltzik says the PRO Act "would be the most important law protecting worker rights since the original National Labor Relations Act of 1935."

How long will the strike last?

The strike began at midnight Wednesday and will last 24 hours, so the entire day of July 21.

What should riders expect during the strike?

Representatives for Lyft and Uber said that in the past, they have not observed higher fares or longer wait times during strikes, and do not anticipate either of those things this time around. But whether that is the case will depend on the volume of demand for rides and the number of drivers who participate. Already this year, many riders have noticed increased waits and costs, which could get worse if even more drivers choose to strike. It's not clear how many drivers will participate in the strike.

David Weil doesn't come across as a bomb-throwing leftist extremist, not this soft-spoken academic with tortoiseshell glasses, a receding hairline and his unfailingly polite replies to accusatory questions from some ...Read More

Netflix's subscriber growth slowed dramatically in the second quarter as the surge in streaming subscriptions from the COVID-19 pandemic petered out, competition increased and the company considered novel ways to grow its ...Read More