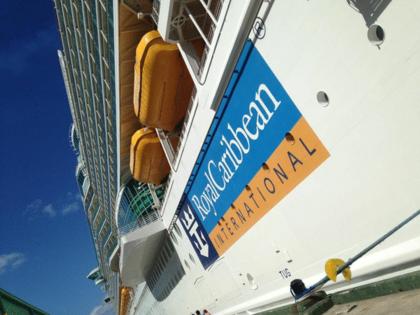 Royal Caribbean is starting business with vaccine requirements from everywhere by Florida, but those who want to sail from the Sunshine State that don’t have a vaccine are facing the costs associated with required testing.

The cruise line, which is sailing its first voyage, a test sailing, on Freedom of the Seas from PortMiami on Sunday with plans for its first revenue cruise from the U.S. on July 2, has announced five of its ships with plans to welcome passengers before September.

For July sailings of Freedom of the Seas, at least, the line has put a price tag on the two of three tests required to sail given either at the port or on board: $136.

Those who can prove they have been vaccinated at least 14 days ahead of sailing do not need to take the tests. For the unvaccinated, though, they must take an RT-PCT test when checking in at the terminal and then take an onboard antigen test required within 24 hours of disembarkation. That’s on top of a test that needs to be taken by an RT-PCR test guests 16 years and older need to take within three days of sailing.

“If you do not wish to undergo or pay for additional testing, or adhere to these health and safety protocols, we are happy to provide you with a refund,” reads a letter sent to passengers scheduled to sail on Freedom of the Seas. “We believe that in the coming months, restrictions and requirements will be more accommodating as public health circumstances evolve.”

The cruise line will pay for the tests of children not yet eligible for vaccinations.

The choice to sail with both vaccinated and unvaccinated passengers has meant that those ships need to do test sailings in order to prove out their COVID-19 safety protocols and earn their conditional sailing certificate from the Centers for Disease Control and Prevention.

Earning that certificate, though, as part of the CDC’s conditional sail order, could be moot after July 18 in Florida because of a federal court ruling Friday. The ruling granted the state of Florida’s request for a preliminary injunction against the order as part of a lawsuit that states the CDC has overstepped its authority keeping the cruise industry at bay during the coronavirus pandemic.

Also in the mix is Florida Gov. Ron DeSantis’ executive order and law he signed that goes into effect on July 1 that would fine companies $5,000 per instance if they require proof of vaccination from their customers.

Sister line to Royal Caribbean, Celebrity Cruises, has chosen to require vaccines from all of its passengers, but it remains to be seen how the state will try to enforce the new law. Celebrity Edge plans to sail from Port Everglades starting June 26. Several other lines including Carnival and Norwegian have announced plans to sail from Florida, but also to require vaccines.